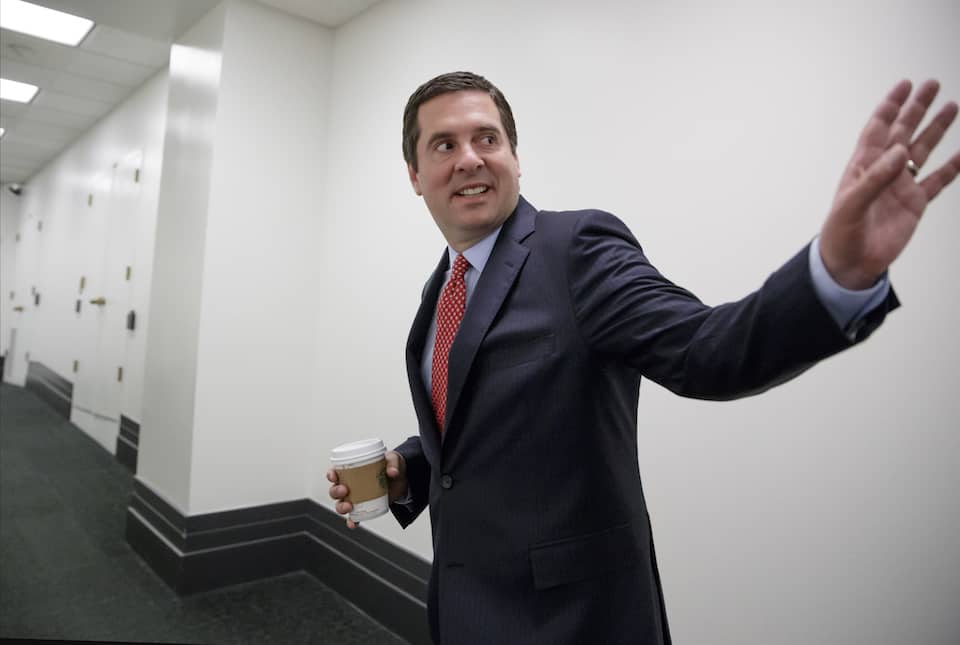 Republican Rep. Devin Nunes is stepping down from the ongoing House investigation into Russia's meddling in the presidential election, and he's blaming "leftwing activists" for pushing him to this point.

Rep. Devin Nunes (R-CA), chairman of the House Intelligence Committee, is stepping down from the investigation of Russian meddling in the 2016 election, and he's blaming "leftwing activist groups" for forcing him out.

In a statement, Nunes claimed the left "filed accusations against me with the Office of Congressional Ethics" and called the charges "baseless." He said he would cede the chairmanship of the Russia investigation to his fellow Republican Reps. Mike Conaway, Trey Gowdy, and Tom Rooney.

The groups Citizens for Responsibility and Ethics in Washington and Democracy 21 recently requested an ethics inquiry into Nunes after he made the bizarre claim —without any evidence — after a meeting with White House officials that Donald Trump had been under surveillance by the Obama administration. Trump and his allies have tried to use this claim as a smokescreen to obscure his campaign team's repeated contacts with Russian elements.

House Minority Leader Nancy Pelosi (D-CA) called Nunes' behavior as the investigation is underway "bizarre," and along with Rep. Adam Schiff, the ranking Democratic member of the committee, called for Nunes to step down.

That Nunes has finally, if belatedly, agreed to recuse himself from leading the investigation is great news for those who are demanding real answers about Trump's ties to Russia.