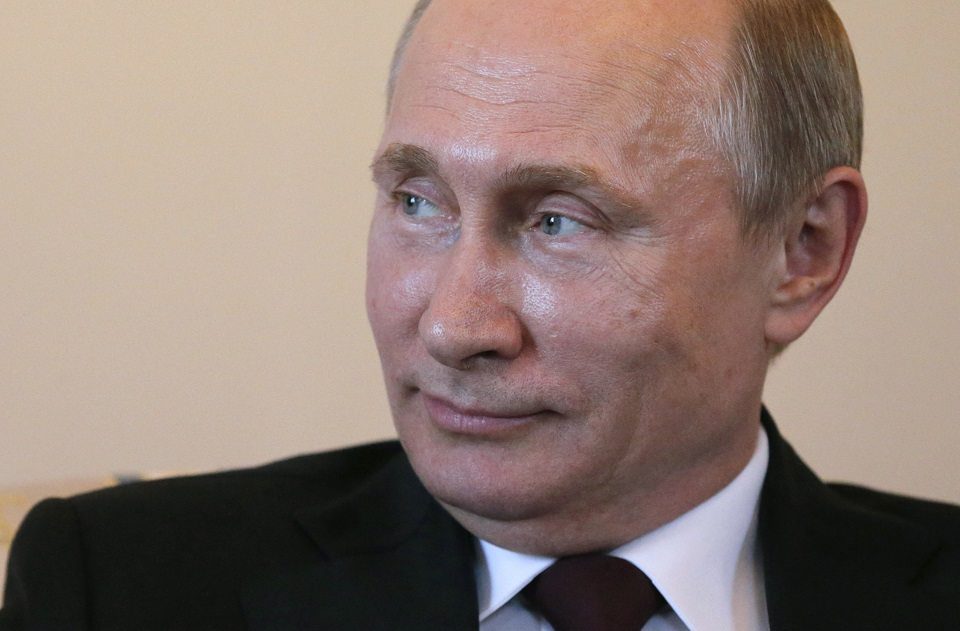 (AP Photo/Anatoly Maltsev, Pool)
Get The American Independent in your inbox

A Russian psychological dossier reportedly describes Donald Trump as a "loser" and a "naive" risk-taker who does not listen to his own advisors, and is not prepared to meet "tough guy" Vladimir Putin.

Russian President Vladimir Putin is already prepping for his first in-person meeting with Donald Trump since the 2016 presidential election, and a new NBC report reveals Putin's preparation includes an assessment of Trump's psychological profile, including what weaknesses Putin can exploit to further Russia's interests.

Even in the midst of legislators, prominent Republican voices, and mental health experts within the United States raising concerns about Trump's behavioral stability, the creation of a psychological dossier on Trump by the Russian government is an unusual addition to typical Kremlin preparation. Judging just from events since he has taken office, the description within the report of Trump as someone who "relies on his intuition more than his advisors" appears accurate.

NEELY: Behind the walls of the Kremlin, they're preparing Vladimir Putin for a first meeting with America's president.

FEDOROV: Everything is under preparation.

FEDOROV: Certain pages describing a psychological portrait of Trump, especially based on this last two or three months.

NEELY: The Kremlin experts believe Mr. Trump can be naive.

FEDOROV: He doesn't understand fully who is Mr. Putin. He’s a tough guy.

NEELY: He picks risky fights, they believe, like with the media.

FEDOROV: He's dancing on thin ice. It's a risky game.

NEELY: And relies on his intuition more than his advisors.

FEDOROV: He should listen to the people, especially in the areas where he's weak.

NEELY: The Kremlin is also watching President Trump's problems over Russia, including losing his national security advisor, with growing alarm, according to Putin's former prime minister.

NEELY: Is he [Putin] laughing in the Kremlin at what's happening in Washington?

KASYANOV: Absolutely not. Not laughing. It's very serious. And the whole of his team, they’re nervous.

Even if Trump were listening to his advisors, his team appears to be in continuing disarray, and the State Department in particular is in chaos. Since Rex Tillerson came on board as Secretary of State, the entire leadership team was asked to submit resignations and countless civil service positions not requiring Senate confirmation remain unfilled. In addition, Tillerson has presided over a massive reorganization, and there are hundreds of positions needing Senate confirmation, including almost every ambassadorship, for which no names have been submitted by the administration for nomination or approval.

As frightening as the prospect of our unstable president meeting with foreign leaders and winging it might be, we can at least take heart in the report that Trump's unpopularity is vexing to the Kremlin. Domestic opposition weakens Trump's political capital and interferes with Trump's ability to move forward with actions in Russia's best interests. Former Russian Deputy Foreign Minister Andrei Fedorov observed, "Trump cannot come to a meeting with Putin as a loser — he must sort out his domestic problems first."

No date has yet been announced for the first official diplomatic meeting between Trump and Putin, although Putin has announced his willingness to meet with Trump in Slovenia, a country that offered to host the meeting and which is Melania Trump's place of birth. Whenever the meeting takes place, it is unlikely that Trump will have transformed in public perception from a "loser" to a winner.

Trump's temperament and governing incompetence continue to present a serious threat to our national security. And there is little doubt a savvy former KGB operative like Putin is capable of manipulating him effectively, with or without the help of a psychological dossier.