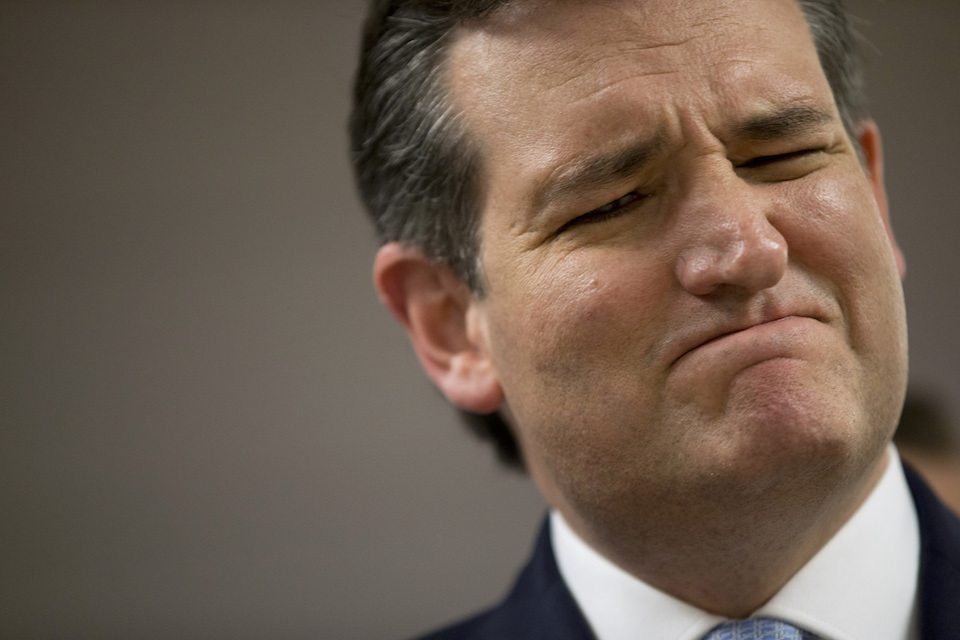 MSNBC's Kasie Hunt didn't let Cruz get away with trying to rewrite his own history: "Sir, that's simply not the case."

If any Republican senator should have kept his head down in recent days as the government shutdown controversy swirled on Capital Hill, it was Ted Cruz of Texas.

It was Cruz who famously, and single-handedly, orchestrated the GOP's doomed 2013 government shutdown. Cruz's extended temper tantrum basically revolved around demanding that President Barack Obama defund his signature legislation or the government wouldn't get funded.

Even his own colleagues found fault with the stunt. After one heated, closed-door session during the 2013 shutdown among Republican senators, one GOP member told Politico that Cruz "doesnt have a strategy  he never had a strategy, and could never answer a question about what the end-game was."

Cruz had been keeping a relatively low profile recently, as other Republicans took the lead in debating the shutdown. But on Monday, Cruz couldnt help himself, lamenting on camera about that Democrats just want to "oppose everything, resist everything. Shut everything down."

That was a bit too much for MSNBC's Kasie Hunt to take. "Sir, this sounds pretty familiar. Didn't you say all of this when this happened to you?" she asked pointedly.

"I recognize that that's a media narrative you love to tell. But it's worth nothing, in 2013 " Cruz replied.

"Green Eggs and Ham?" Hunt interjected, referring to his Cruz's stunt on the floor of the U.S. Senate when, during a 21-hour filibuster, he started reading Dr. Seuss' children's book.

"Sir, you stood in the way," noted Hunt.

Cruz's signature, so-called achievement as a U.S. senator was recklessly helping to shut down the government for 16 days in 2013, costing the U.S. economy between $2 and $6 billion.

No wonder he now wants to rewrite his own history.