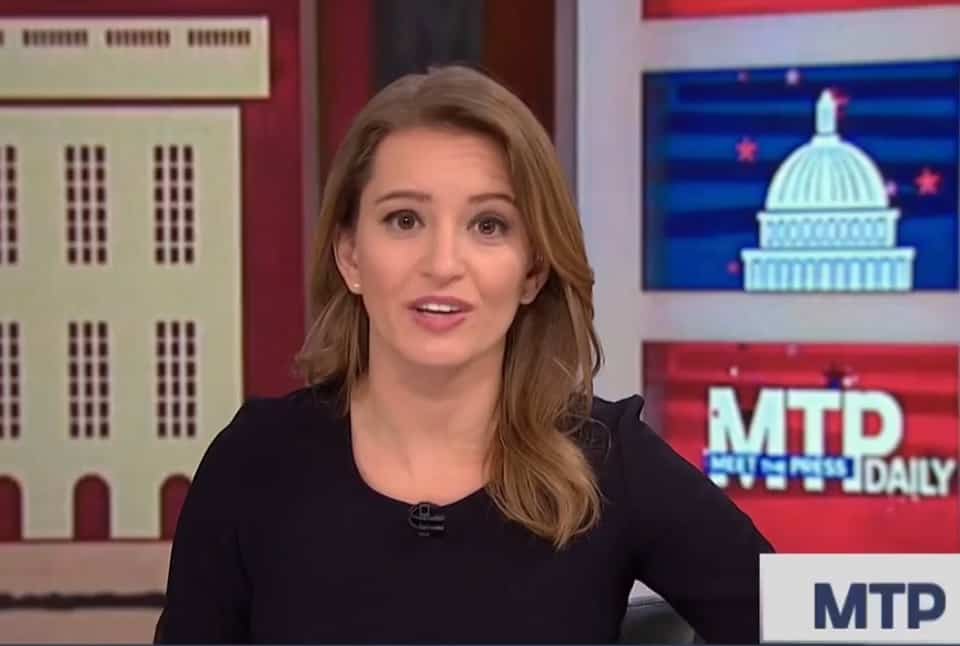 Republican congressman Dave Brat tried to weasel out of a question on the ongoing FBI investigation of the Trump administration by bringing up Hillary Clinton, but NBC's Katy Tur quickly called him out.

Rep. Dave Brat (R-VA) began fumbling as MSNBC's Katy Tur quickly pointed out his weak attempt to use a false equivalence as she asked him about the ongoing FBI investigation of the Trump administration.

Tur pointed to statements from Trump, his campaign underlings, and others who had accused Hillary Clinton of being under an FBI investigation towards the end of the presidential campaign, and asked Brat how those comments have stood up now that the investigation of Trump is now public knowledge.

Instead of a straight answer, Brat tried to return to campaign talking points and smears about the Clinton Foundation. But before he could get very far, Tur pointed out to Brat and her viewers that he was trying to introduce a false equivalence where none exists.

TUR: During the campaign, the GOP repeatedly said and the Trump campaign said and Kellyanne Conway said and everybody in Trump's orbit said how could you elect Hillary Clinton when she could be under an FBI investigation. She might be indicted if she were elected president, we can't have that. Donald trump is under an FBI investigation. The FBI just confirmed it. And his campaign is. Does that make you uncomfortable given the past statements?

BRAT: Well, yeah, you don't want to see anybody under investigation, but I mean, that is the trip, right, Hillary Clinton had a $2 billion Hillary foundation where they flew around the world and there was no press coverage --

BRAT: I know. And that -- that's interesting as well. Right. You've got a $2 billion slush fund from international money flowing to the U.S. Into a foundation and everyone's flying first class --

TUR: Are you saying it's okay because you think two wrongs make a right? I mean, there's a false equivalence here, I think.

BRAT: No, right. What we got to have is 100% credibility across the board. So if they investigate the journalist want to give Trump a hard time on these issues. You look back and you say, did they give the last president and the last Secretary an equally hard time.

BRAT: He wasn't vetted until at least eight years in by the press. He was given quite a honeymoon. Trump didn't get three weeks, right? And it's kind of like the where's Dave Brat piece. The press has been all over him. Let's give him a month or two and see what he can achieve.

Trump and his surrogates have been caught with their hands in the cookie jar. There's no way to answer questions about their smears and behavior that doesn't make them look bad, so they now resort to false equivalence responses that are more laughable now than they were during the election. When reporters bother to call them on it, as Tur did here, the entire facade collapses into a complete embarrassment.