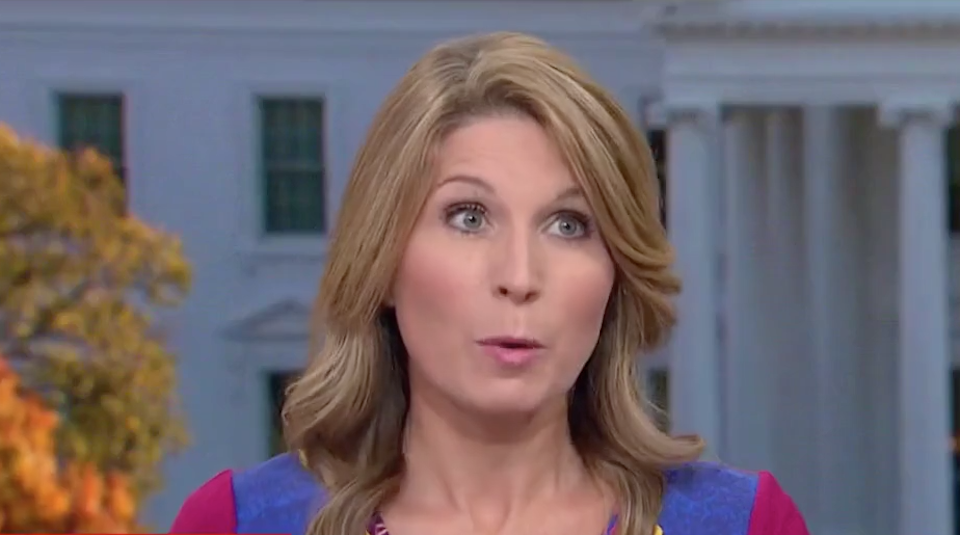 In one brilliant stroke, Nicolle Wallace demolished both Fox News and Mike Pence’s former press secretary on their lies about the Russia story.

Desperate to get ahead of the Russia investigation, Republicans have been peddling lies about the scandal’s simple, observable facts for weeks.

The lies and spin have only grown worse since three Trump campaign officials were indicted, one of whom pleaded guilty and is now cooperating with special counsel Robert Mueller's investigation.

Responsible journalists are finally catching on and out of patience for the GOP’s excuses, as MSNBC’s Nicolle Wallace made clear when former Mike Pence press secretary Marc Lotter tried to lie that there was no evidence of Russian collusion.

“Why can't you say that it's possible that collusion took place?" Wallace asked. "It's probably going to end up that they tried and were incompetent colluders, but if it's not a crime, why is it such a raw nerve for you guys?"

Lotter tried to dodge the question, insisting that the media has not covered the story of who paid for the infamous dossier.

WALLACE: You don't know that we haven't covered that story. Ken Delaney is with us and we have covered Uranium One.

LOTTER: But it's considered opposition research and brushed away.

WALLACE: Well, I'll send an email over to friends at Fox and you can peddle your propaganda there.

In one breath, Wallace effectively demolished both Lotter and Fox News for their self-serving political deceit:

In the week leading up to Mueller’s indictment of three Trump associates, GOP commentators on Fox and elsewhere had tried to claim the real Russia colluders were Democrats, because they paid the firm Fusion GPS to research Russia — an argument that makes no sense at all.

Wallace then asked whether people inside the White House are worried about what George Papadopoulous may have told federal investigators since his guilty plea in July.

LOTTER: No. I'm not worried of [sic] anybody.

WALLACE: You're not aware of anybody's who's concerned about what George Papdopolous said?

WALLACE: And you're telling the truth? I mean, I've heard four people that are worried that this is a climb the ladder process. I mean, these are people that spoke privately off the record.

Lotter parroted the absurd White House talking point that the indictments of three Trump campaign officials have nothing to do with Trump or his White House — even though that is entirely what they are about.

WALLACE: I'm not asking about the president. I'm asking about your former colleagues. The staffers. The six names on Bob Mueller's list of people that he wants to talk to interview about a lie — a lie that was told, that was dictated by the president from aboard Air Force One. You've not talked to anyone on that list this week?

WALLACE: I asked you if anybody was worried about their own legal liabilities. Yes or no? I'm determining whether or not you're going to come on this show and tell me the truth or lie.

Lotter sputtered a response and insisted no one was worried.

"You know what, I'll tell you something," Wallace said. "Some of your former colleagues are worried."

Trump and his proponents have tried to eliminate obvious facts with lies — and journalists, and the American people, are no longer falling for the act.