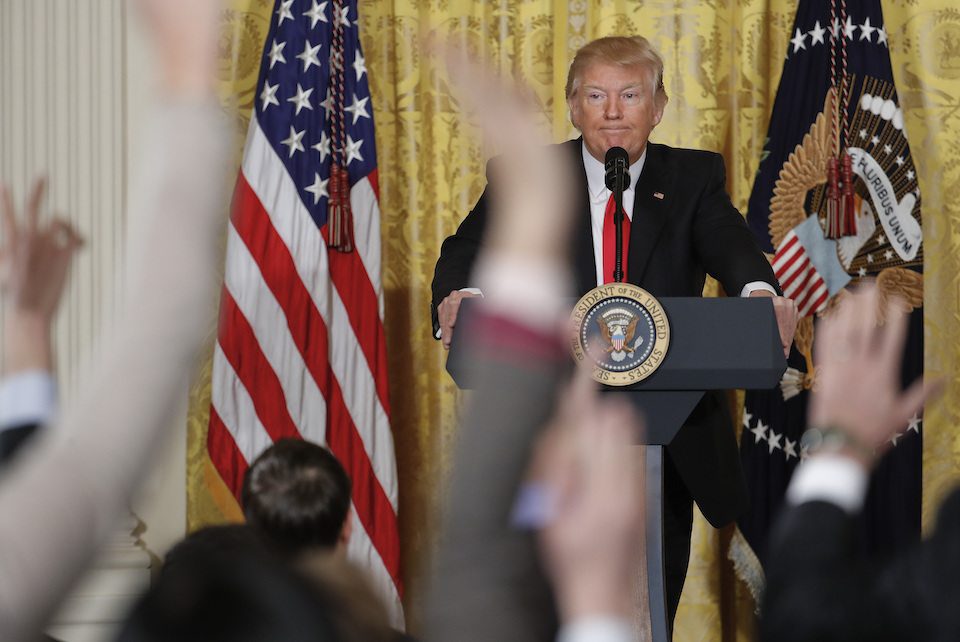 It's the wrong approach at the wrong time. Journalists should not be forced into timidity during the age of Trump.

Further retreating into a mindset of timidity, while Donald Trump continues his open warfare on the press, editors at Politico have stressed to reporters that they must avoid expressing “partisan” opinions on social media, even if those opinion include denouncing white supremacy and physical assaults on journalists.

The move seems to codify the warped guidelines many elite political editors and producers have adopted in the age of Trump. It’s a mindset of apprehension and a constant fear of optics, instead of urging journalists be driven by passion and a hunt for the truth.

Politico editors stress that they routinely dismiss dozens of applicants when they see tweets or Facebook posts that are deemed to be too partisan, according to a recent Washington Post report:

Staffers at Friday’s meeting asked whether it was okay to tweet their opinions about topics such as physical attacks on journalists and white supremacy — i.e., matters that receive and deserve widespread condemnation. “The editors’ message was very hesitant: Try to stay away from those things because some of them are partisan,” said a source in attendance.

“We are deliberately nonpartisan in the kind of journalism that we pursue,” said Sudeep Reddy, a managing editor at Politico. The goal he continued, “is to convey fact rather than bringing opinions.” Therefore, the blanket ban on public opinions.

Note that it’s not that Politico doesn’t trust grown men and women who work in the newsroom from expressing an opinion on Twitter and then being able to professionally cover politics. It’s that Politico managers are afraid of the optics — they don’t like the way it looks. And specifically, they’re afraid of how it looks to conservatives and Republicans who might claim to be outraged that a Politico reporter condemned white supremacists on Twitter. (i.e. Too partisan!)

This is nuts on its face but also the toxic consequence of leaders/pundits/&c "both sides"-ing something like white supremacy https://t.co/iihaoNnL6R

Meanwhile, as journalism professor Jay Rosen noted, what does that kind of ban on social commentary mean for Politico’s hiring of black and Latino journalists? Is Politico not going to hire those candidates if they see that they have gone online and condemned the KKK?

And how on earth can journalists sticking up for other journalists be deemed out of bounds? The Republican Party is unquestionably waging war on the press, and that war often takes the form of physical assault. But journalists aren’t supposed to say boo because the optics might be bad?

Reminder: While campaigning for a special election in May, Republican Greg Gianforte lifted Guardian reporter Ben Jacobs off the ground, threw him to the floor, and then unloaded punches on him. But Politico editors don’t want staffers sticking up for their colleagues on social media?

This isn't journalism. It's being afraid of your own shadow.