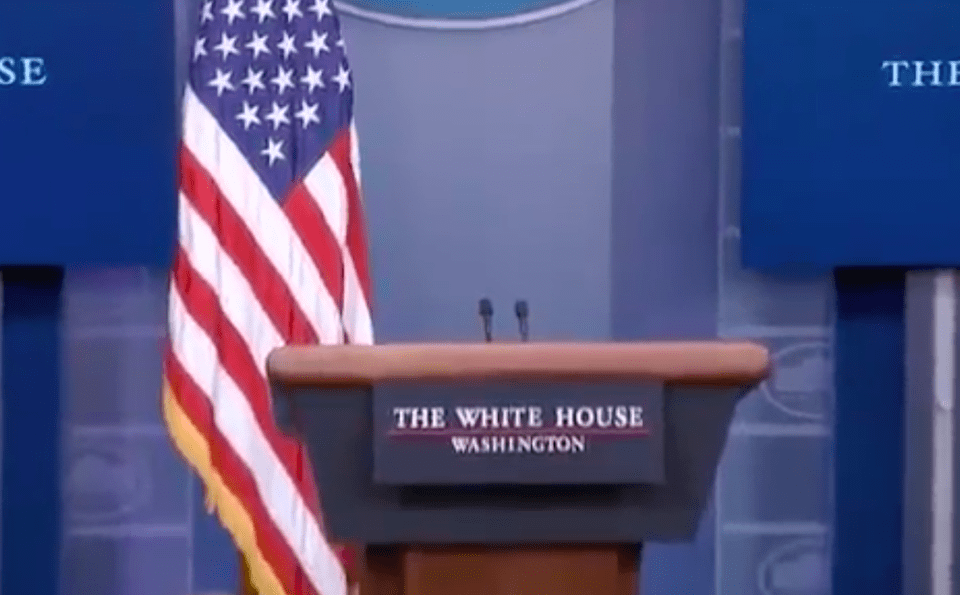 AmericanBridge
Get The American Independent in your inbox

In yet another bizarre shutout of the press, White House press secretary Sean Spicer fled his scheduled daily briefing without taking any questions, as reporters shouted after him.

At the White House daily briefing, press secretary Sean Spicer introduced a pair of opening acts — Secretary of Homeland Security John Kelly and Office of Management and Budget Director Mick Mulvaney — who were on hand to spin Donald Trump's cave-in on the budget deal as a victory for Republicans.

Guests at White House briefings are not that unusual, but what happened after Kelly and Mulvaney spoke was. Instead of taking questions as he usually would, and as noted on the official White House briefing schedule, Spicer fled the briefing room and shouts from reporters, including April Ryan, who urged colleagues to stay in their seats and wait for Spicer to return:

White House reporters reacted with shock and confusion on Twitter:

“There are a good number of reporters wondering what the hell is going on.” — @Acosta, live from the White House after Sean Spicer leaves.

And @PressSec walks away without answering questions. Reporters object with shouts and moans. “He’s not coming back” is the word.

And @AprilDRyan wants the correspondents to stay in their seats to shame @PressSec into returning. pic.twitter.com/Jz5A6l7Ckl

That was strange. @PressSec just left the briefing room without taking any questions. Where is @seanspicer? pic.twitter.com/Ipcif752AO

It was a bizarre moment, but not altogether unsurprising for an administration that regularly demonizes the press and attacks reporters who dare to ask questions.