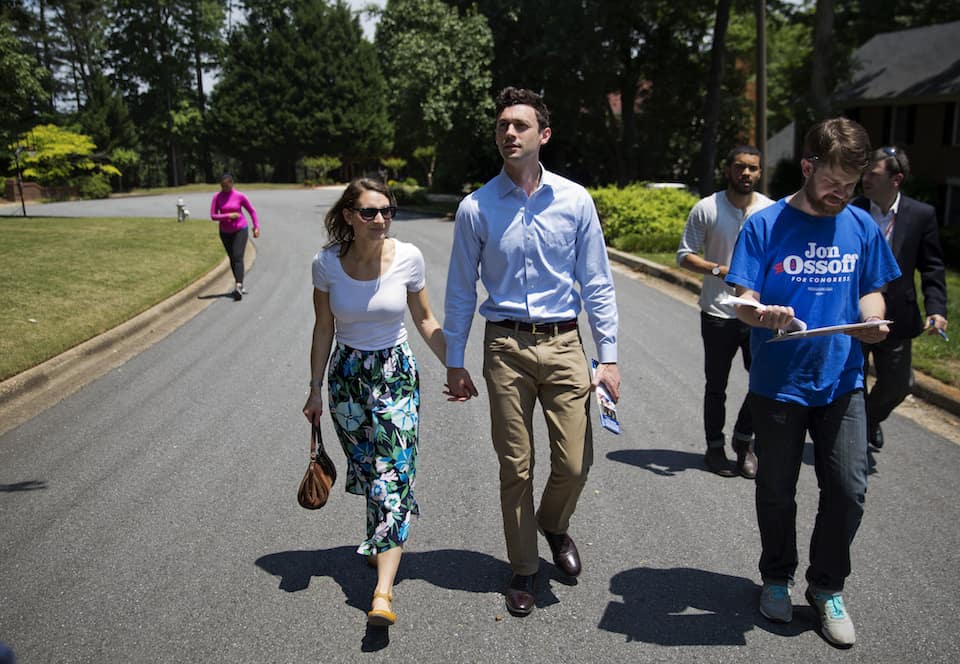 Unable to defeat Jon Ossoff on policy or merit, Republicans are coming up with increasingly outlandish and desperate lines of attack in the Georgia special election.

The special election to replace Tom Price in Georgia's 6th Congressional District is not going well for Republicans.

Jon Ossoff, young documentary filmmaker and Democratic rising star, is tied or ahead in recent polls and benefiting from a coordinated field operation. Meanwhile, the GOP is struggling to prop up Karen Handel, a pro-Trump career politician who famously destroyed a cancer charity, as she is mired in controversy.

Naturally, Republicans have been launching a relentless stream of attack ads against Ossoff to try to sink his campaign. But none of them have gone very well.

During the primary, Paul Ryan's super PAC attacked Ossoff for cosplaying Han Solo in college, which backfired so badly it actually increased his fundraising. The NRA ran an ad that falsely claimed Ossoff grew up in D.C., which was so dishonest one radio station actually edited it before putting it on the air.

Another ad attacked Ossoff for getting paid by Al-Jazeera for his documentaries. Despite the fact Al-Jazeera is considered one of the best news sources in America, Republicans superimposed the network's name over a picture of Osama bin Laden, clearly hoping Georgians would assume it was a terrorist group because it had an Arabic name.

Now that Ossoff and Handel have advanced to the runoff, the attacks have gotten even more ridiculous.

Last week, the NRCC released an ad saying that electing a Democrat in Georgia is "too risky" because "ISIS is infiltrating America, and is using Syrians to do it." Never mind that there are zero examples of ISIS operatives posing as Syrian refugees. The ad was such a disgusting dog whistle that Khizr Khan, the Gold Star father who challenged Donald Trump at the Democratic National Convention to read the Constitution, blasted it as "dangerous" and "un-American."

On Thursday, however, one GOP super PAC took Ossoff attacks to a new level of absurdity.

The Congressional Leadership Fund put out a new ad linking Ossoff to Kathy Griffin, the stand-up comic who apologized after posting a tasteless clip of herself clutching Trump's severed head. The ad includes footage of Griffin holding up the gruesome prop, interspersed with clips of "violent liberal extremists" smashing windows and setting cars on fire.

The sole connection between Ossoff and Griffin is that she tweeted her support for him.

The idea this would disqualify Ossoff is insane. Trump received support from neo-Nazis, Klansmen, and a right-wing rocker who called for beheading President Barack Obama, and Republicans stuck by him. Meanwhile, Handel is enjoying the fundraising support of Greg Gianforte, the Montana congressman-elect who made national news for choke-slamming a reporter.

Jon Ossoff believes what Kathy Griffin did was despicable and for Karen Handel’s superPAC to say otherwise is a disgrace. Karen Handel should immediately demand this ad be pulled before any more children have to see these disturbing images on TV.

It is clearer than ever that Republicans know they cannot win the 6th District on issues or substance. Their steady stream of falsehoods and personal attacks against Ossoff telegraph their desperation. It is incumbent on voters to see past the mudslinging and make their choice on the facts.