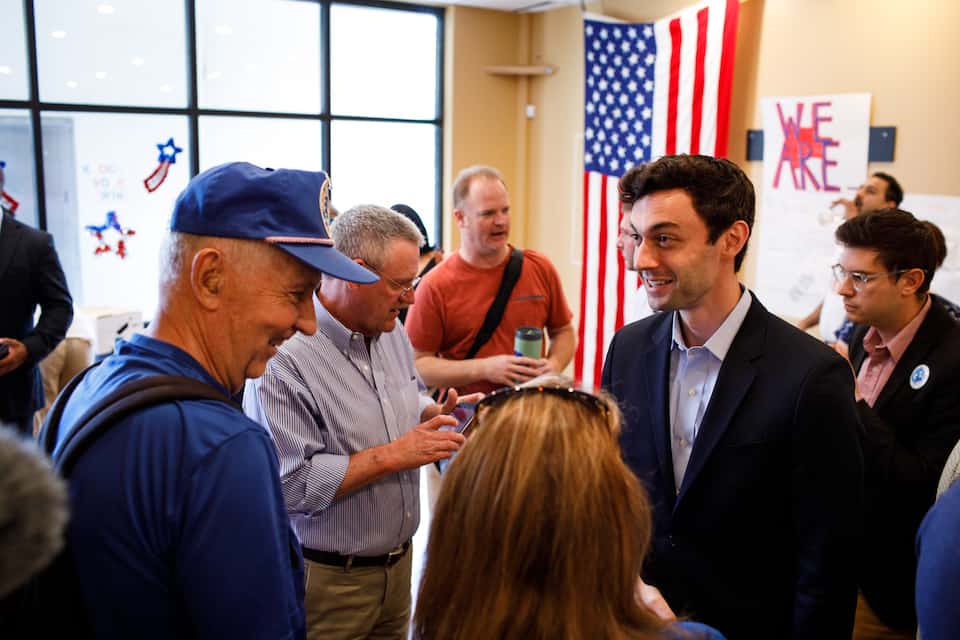 Republicans have thrown everything they have at the young Democrat running in Georgia's 6th Congressional District, and they are still coming up short.

With less than two weeks to go before the special election runoff for Georgia's 6th Congressional District, Republicans are running out of time to defeat Jon Ossoff.

A new poll in the Atlanta Journal-Constitution shows Ossoff up against his Republican opponent Karen Handel, 51 to 44. In one of the most striking categories of the poll, Ossoff beats Handel 60 to 34 with women.

This poll comes in spite of everything the GOP has done to sink his campaign. This special election is turning out to be the most expensive congressional race in history, and Republican politicians, interest groups, and super PACs have resorted to increasingly ridiculous attacks.

Part of the issue is the weakness of his opponent. Handel has been dogged by her history of right-wing extremism, most notably shutting down a cancer charity's funding for breast exams at Planned Parenthood. Her campaign has been hampered by a series of embarrassments. And she gave an awkward performance at both debates, flatly lying about her record on women's health, deliberately conflating breast exams with mammograms, and at one point saying "I do not support a livable wage."

But it is also a testament to Ossoff's personal appeal as a candidate. He has roots in the district. He knows how to talk to independents and Republicans, but never apologizes for his progressive instincts, like on health care and the environment. And while his opponent made a career of suppressing minority votes, he and the Democratic National Committee have created an enormous field operation to turn out as many people as possible.

The GOP fears Ossoff not just because he has made a solid red district competitive, but because he represents the next generation of politics. He will be only the first in a line of young Democratic office-seekers, and the GOP's failure to stop him shows how unprepared they are for the coming wave.