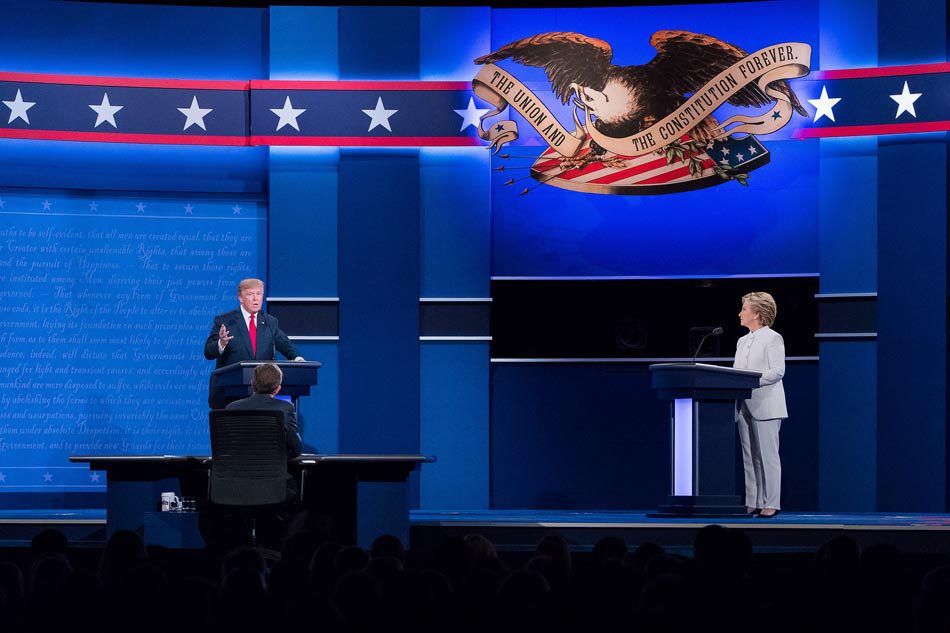 It's tough to believe that anyone would bother defending Donald Trump sneering into his microphone "such a nasty woman" during the third presidential debate, and yet Republican Rep. Brian Babin of Texas did precisely that, in the most offensive way possible.

During an interview with Alan Colmes on his radio show, GOP Congressman Brian Babin defended Trump calling Hillary Clinton "such a nasty woman," after Colmes asked him if he thought it was appropriate.

"You know what, she's saying some nasty things," the Texas congressman answered.

Colmes asked again if the comment was appropriate, to which Babin responded, "Well, I'm a genteel Southerner, Alan."

"So that means no?" Colmes asked.

"No, I think sometimes a lady needs to be told when she's being nasty," Babin replied. "I do."

"My assessment is that Mrs. Clinton has got so much baggage--" Babin added. "I think she's done some nasty things."

After Colmes repeatedly pressed the Texas congressman, he said he agreed with Trump's assessment of Clinton as a "nasty woman."

This election has often been called a "race to the bottom," but a race requires at least two competitors who agree on the destination. Hillary Clinton is busy running a campaign of integrity and decency, while her opponent — and his supporters — are running a campaign of bigotry, including some of the most retrograde misogyny I have seen in all my time covering politics.

Which is really saying something.