Home National Republican congressman accuses constituents of supporting 'what Syria did to their own...
Support progressive journalism.
Donate today 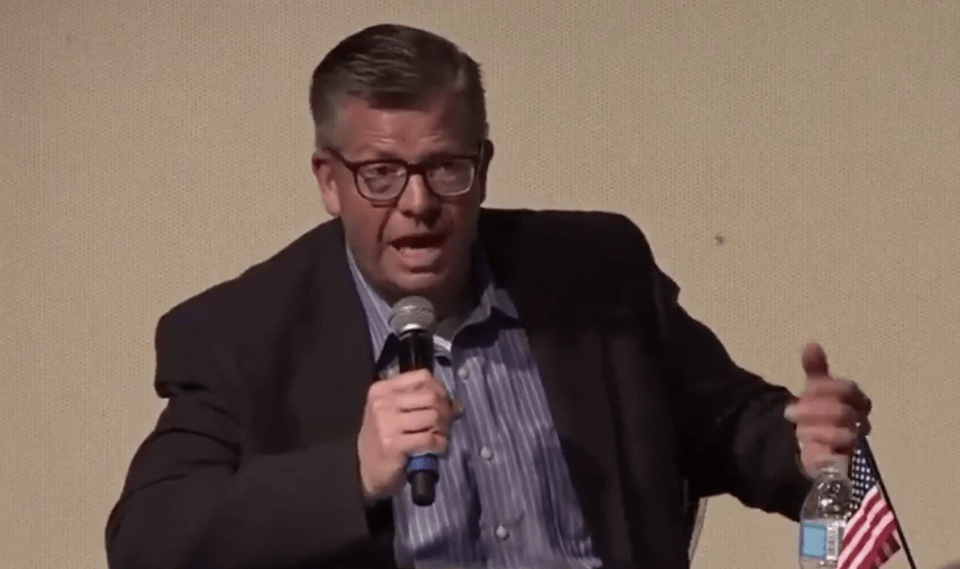 How low will Republicans go to cover for Donald Trump's bigoted anti-refugee policies? At a recent town hall, Rep. Randy Hultgren (R-IL) resorted to accusing a resistance crowd of his own constituents of supporting Bashar al-Assad's gassing of children in Syria.

Politics is a dirty business, but with Donald Trump and his fellow Republicans, it is downright filthy.

Trump's ineffectual unilateral strike on Syria did nothing to relieve the suffering of the Syrian refugees he wants to block from entering our country, and congressional Republicans have largely gone along with him.

At a recent town hall meeting, Rep. Randy Hultgren (R-IL) sank to incredible depths to defend his support for Trump's Syria policy. When asked if he supports Trump's "militant, rather than humanitarian, approach," Hultgren said he thought Trump did the right thing by bombing Syria. When the crowd booed him, he accused them of supporting chemical weapons attacks on children:

Whoah. Crowd boos @RepHultgren for supporting Trump Syria policy, so he accusses them of supporting the killing of children. Wow. pic.twitter.com/CcrXis5lbk

QUESTION: As you watch the horrific videos of civilian Syrian victims, do you agree with Trump's militant rather than humanitarian approach?

HULTGREN: I heard just an unbelievable Syrian speaking just today on the radio that was talking... I support what the President did, I think it was a measured response. (jeers) I serve, many of you know I'm co-chairman of the Tom Lantos Human Rights Commission. I can't imagine you'd boo and support what Syria did to their own children, what they did was so violent was so heinous.

This might be a good time for someone to remind Hultrgren that Trump's own press secretary refused to call Bashar al-Assad a war criminal.

Hultrgen went on to parrot the absurd talking point that Syrian refugees do not actually want refuge, but the real point here is the revolting lengths that Republicans, even relatively moderate ones, will go to in order to avoid standing up to Trump and his bigoted, harmful policies.

When accusing your own constituents of supporting mass murder is your last refuge to defend the president's unilateral, ineffective military action, you have lost, and the resistance will make sure you know it.