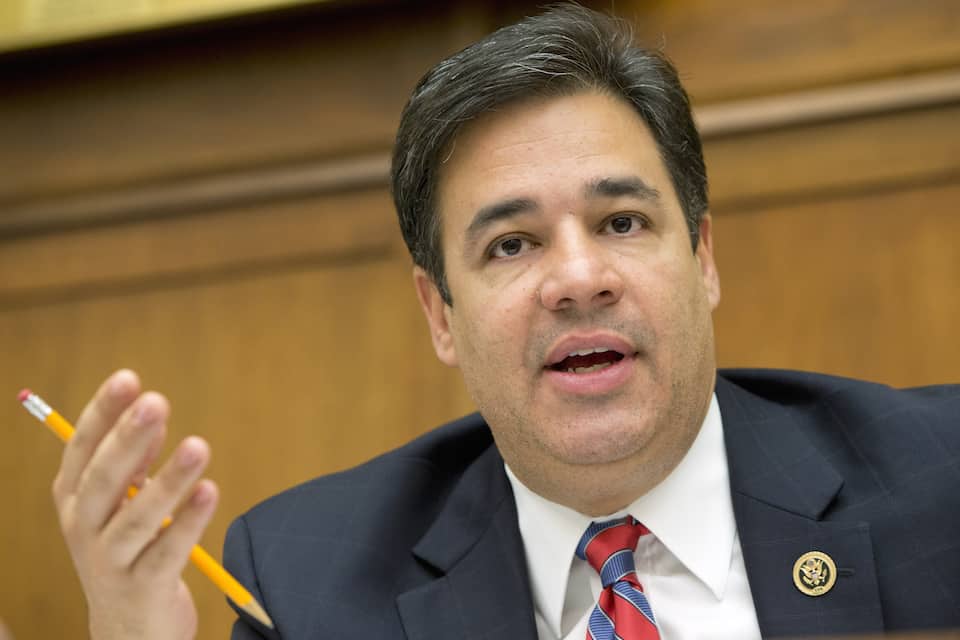 Resistance to Donald Trump's and the Republicans' health care repeal plan has been so fierce that Republican lawmakers have resorted to flat-out lying to constituents' faces at town halls.

The resistance to Donald Trump and the Republicans at town halls across the country has been fierce, no more so than on the subject of healthcare, and the related issue of funding for Planned Parenthood.

Feeling pressure from their constituents to explain why the public does not deserve the same quality of healthcare that members of Congress receive, a growing number of Republican lawmakers have resorted to simply lying to people's faces about it.

For example, at a recent town hall meeting in Nampa, Idaho, a local woman pressed Rep. Raul Labrador (R-ID) to explain why she, as a county employee, is not entitled to the same quality of care as Labrador. He responded with a lie:

Woman confronts @Raul_Labrador about health care, he lies and says "I pay most of" his own health insurance. We pay 72%. pic.twitter.com/oguwpK6kfK

CONSTITUENT: Why are you given health care, or subsidized health care, and I have nothing? Where is the equality in that? (applause) I work, I'm educated, and I get up every day and do my job. For 22 years I provide a service to this county. I take care of kids. Why am I not entitled to the same level and quality of care as you are? (applause)

Labrador is just the latest GOP congressman to resort to this lie at a town hall, as at least two others prompted The Washington Post to publish a fact-check on the claim. Rep. Markwayne Mullin (R-OK) claimed, at a recent town hall, that he and other members of Congress "go into the D.C. exchange and we personally have to pay for 100 percent of it," and Rep. Glenn Grothman (R-WI) stated that "I am on Obamacare," with no mention of the taxpayer funding that pays for it.

Contrary to what all three of these legislators said, that funding covers almost three-quarters of the cost of their gold-level health care plans:

The ACA requires members of Congress and many congressional staffers to leave the Federal Employees Health Benefit Program and join the health-care exchanges in the District. Through the federal plan, lawmakers and their staff members had about 70 percent of their insurance premiums covered by the federal government.

But members and their staff members generally make too much money to qualify for subsidies in the exchanges, which were intended for people who previously did not get insurance from employers. So the Obama administration made an exception that allowed them to use the D.C. small-business exchange to receive health-care stipends from their employer (the federal government).

Yes, you read that correctly. The law allows individual congressional offices to be counted as small businesses of 50 or fewer employees.

On the exchanges, members and staff members get an employer (i.e., taxpayer) contribution of 72 percent for their premiums. So this allowed them to receive a similar subsidy as they did under the federal health plan.

This pattern of lying is yet more evidence of the desperation Republicans are feeling in the face of a blistering opposition that absolutely will not allow them to throw millions of people off their healthcare, or deny funding to Planned Parenthood. But these lies will not work any better than their failed repeal plan did.