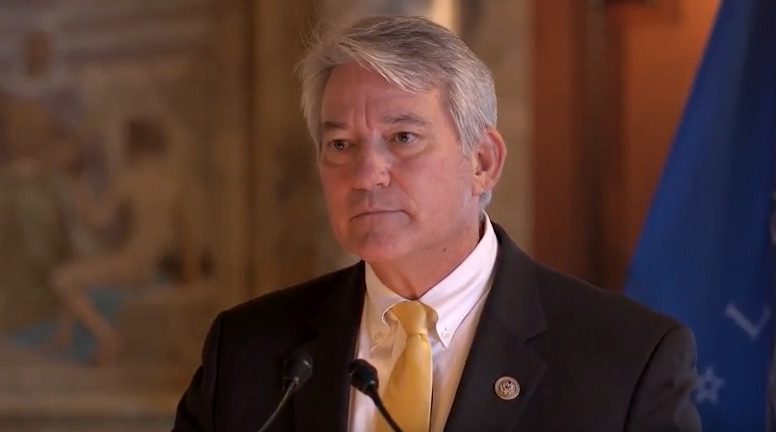 Florida Rep. Dennis Ross is the 39th House Republican to sprint for the exit.

On Wednesday, the ink had barely dried on the announcement that House Speaker Paul Ryan is not seeking re-election, when yet another House Republican joined him.

Republican Rep. Dennis Ross, a four-term congressman who represents Florida's 15th Congressional District, informed his staff he was dropping his bid for another term.

"Eight years takes its time on you," said Ross in an interview. "When you feel like a stranger in your hometown, it's time to say, 'There's got to be an exit strategy at some point.'"

According to Daily Kos Elections, Ross is the 39th House Republican this cycle to announce retirement rather than face the blue wave.

That number doesn't include Reps. Jason Chaffetz of Utah, Trent Franks of Arizona, Tim Murphy of Pennsylvania, and Blake Farenthold of Texas, who ultimately decided to resign outright rather than serve the remainder of their terms.

This announcement is a disaster for the GOP. Just as Ryan's retirement shifted his congressional district's rating in favor of Democrats, Ross' retirement could give Democrats a shot at this seat.

Florida's 15th District, which is northeast of the Tampa area and is centered in Lakeland, leans conservative — but not by much. Trump only carried the district by 10 points, which is far less than he did in some other seats Democrats have flipped this year.

Seven Democrats have filed to run in this seat, including Navy veteran Andrew Learned and small business owner Phil Hornback.

According to the Florida Secretary of State's Office, the only Republican left in the race as of Wednesday is Loretta Lax Miller, a "Constitutionalist" whose candidate website boasts about her desire to stop "Pizza Gate Falafel Gate no matter what you call it" on the home page. Unless another Republican steps up to run quickly, this race might end up very lopsided.

Day by day, as incumbents bail and Democrats step up, Republican prospects of holding onto the House only getting bleaker. The exit of Dennis Ross takes them a step closer to the risk of total wipeout.