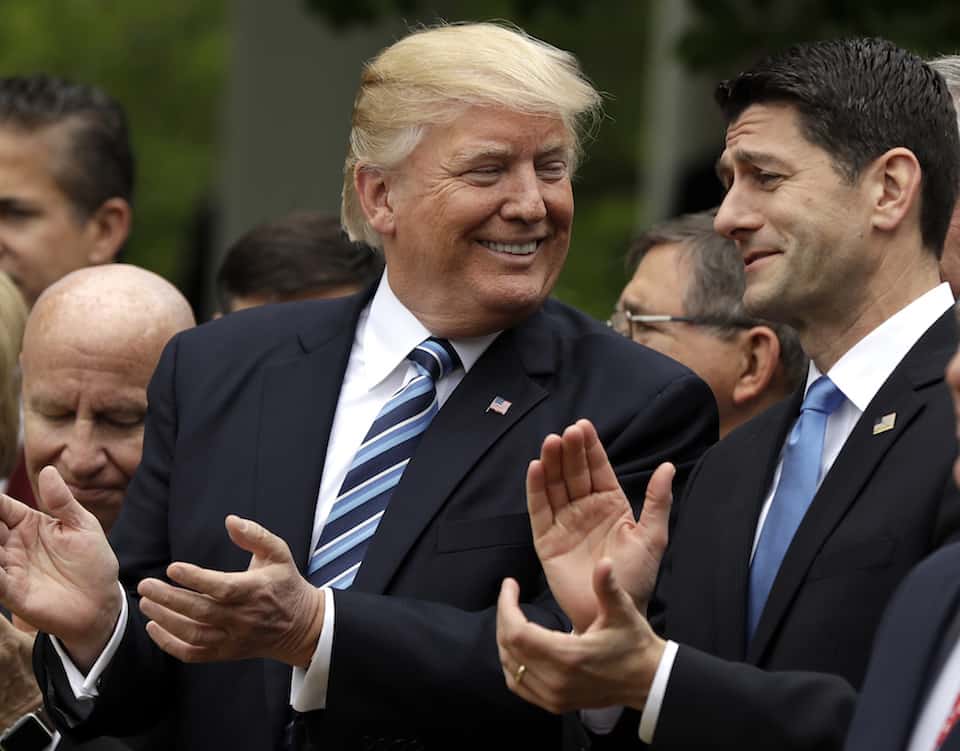 "The middle class will be priced out of insurance in about a third of America," according to a new study.

Obamacare premiums are set to increase by up to 94 percent in the next three years, with the brunt of the impact centered on middle class Americans.

The culprit for the dramatic increases? Republican policies enacted over the past year, according to a new report from Covered California.

"The middle class will be priced out of insurance in about a third of America," said Peter V. Lee, executive director of Covered California.

He noted the increases will probably be highest in conservative states, most of which voted for Trump in 2016.

Contrary to overblown misleading political rhetoric from Republicans, experts at Covered California said, "Going into 2017, the individual insurance markets were largely stabilizing in terms of enrollment and issuer profitability."

The number of uninsured Americans has dropped by 20 million people since Obamacare passed in 2010.

After years of Republicans falsely claiming Obamacare was in a "death spiral," they set out to dismantle one of the most successful changes to public health policy in generations.

Republicans made outlandish promises to make health care "better" for Americans. Yet their failed attempts at full repeal in 2017 would have made health care dramatically worse.

In particular, the tax scam contained provisions meant to destabilize Obamacare. "That change alone," according to the Washington Post, "can be expected to increase premiums by 7 to 15 percent next year, depending on the state, and as much as 10 percent each of the following two years."

All remaining states will face cumulative increases of at least 36 percent, a far cry from Republican promises of lower health care costs.

This is the first study to "synthesize several other forecasts of the impact of different moves taken by the Trump administration and the Republican-led Congress," according to the Washington Post.

With Republicans in control of Congress and the White House, not only are premiums set to dramatically increase, but changes to the health care policy mean 13 million people will lose insurance.

Republicans promised, "a better way" on health care. Instead, the laws and policies implemented by Republicans are making it far, far worse.