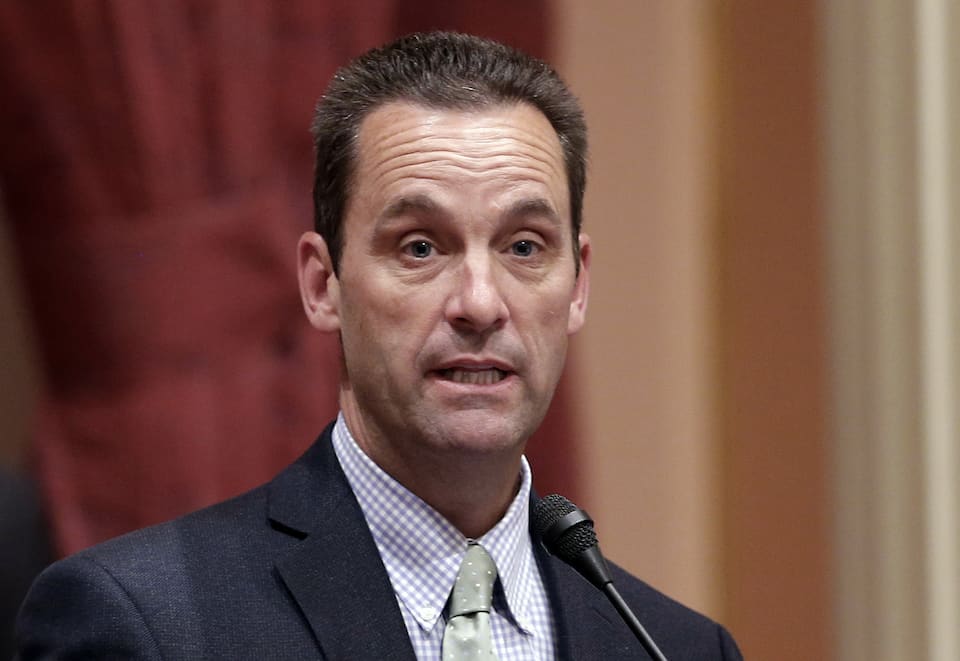 Rep. Steve Knight (R-CA) told a constituent at a town hall that Medicaid will not be changed under the Republican bill to repeal Obamacare, mere weeks after he voted to cut $880 billion from Medicaid.

Very few of the Republicans who voted to repeal Obamacare and kick 23 million people off their health insurance are brave enough to face their constituents at town halls.

The few who have done so have made ridiculous claims as they desperately attempted to fend off anger from the audience, such as Rep. Raúl Labrador of Idaho, who claimed, "Nobody dies because they don't have access to health care," and Rep. Mark Walker of North Carolina, who accused his constituents of using Medicaid for "financial gain."

And then there is Rep. Steve Knight of California, who decided to simply deny what the GOP bill does.

At a town hall in Santa Clarita on Thursday, Knight was confronted by a mother whose son who relies on Medicaid funding for special education programs:

CONSTITUENT: My 5-year-old had a few developmental delays. He received classes to help with his speech and his occupational therapy. He starts kindergarten in the fall, and he'll continue to receive occupational therapy once a week in the classroom, through special education, which is funded by Medicaid.

CONSTITUENT: I understand that the Trumpcare bill wants to cut Medicaid, which does directly fund such programs as special education in schools—

KNIGHT: This is your son, correct, ma'am?

CONSTITUENT: This is my son.

CONSTITUENT: I'm wondering why would you vote on a bill that would hurt—

KNIGHT: Your son will continue to be on Medicaid—

This is a bald-faced lie. According to the Congressional Budget Office, the AHCA would cut more than $880 billion from Medicaid over the next decade, by rolling back Obamacare's Medicaid expansion and converting federal funding into a block grant.

The GOP bill's "per-capita cap" on Medicaid spending for children would fall particularly hard on programs used by schools to fund special education services. An estimated 70 percent of school districts nationwide use Medicaid funds to bring in health care professionals that give students speech therapy, occupational therapy, and other support.

The School Superintendents Association issued a blistering condemnation of the AHCA's Medicaid cuts:

Medicaid is a cost-effective and efficient provider of essential health care services for children. School-based Medicaid programs serve as a lifeline to children who often can’t access critical health care and health services outside of their schools. Under this bill, the bulk of the mandated costs of providing health care coverage would be shifted to the states even though health needs and costs of care for children will remain the same or increase.

Knight knows perfectly well — or at least, he should — that under the bill he voted for, that constituent's 5-year-old boy would see his school therapy programs rationed or cut, along with thousands of other special needs children. But when she called him on it, he simply lied to her face.

If Republicans like Knight cannot find the courage to speak openly and honestly about what their policies will do to their constituents, they have no business in government.