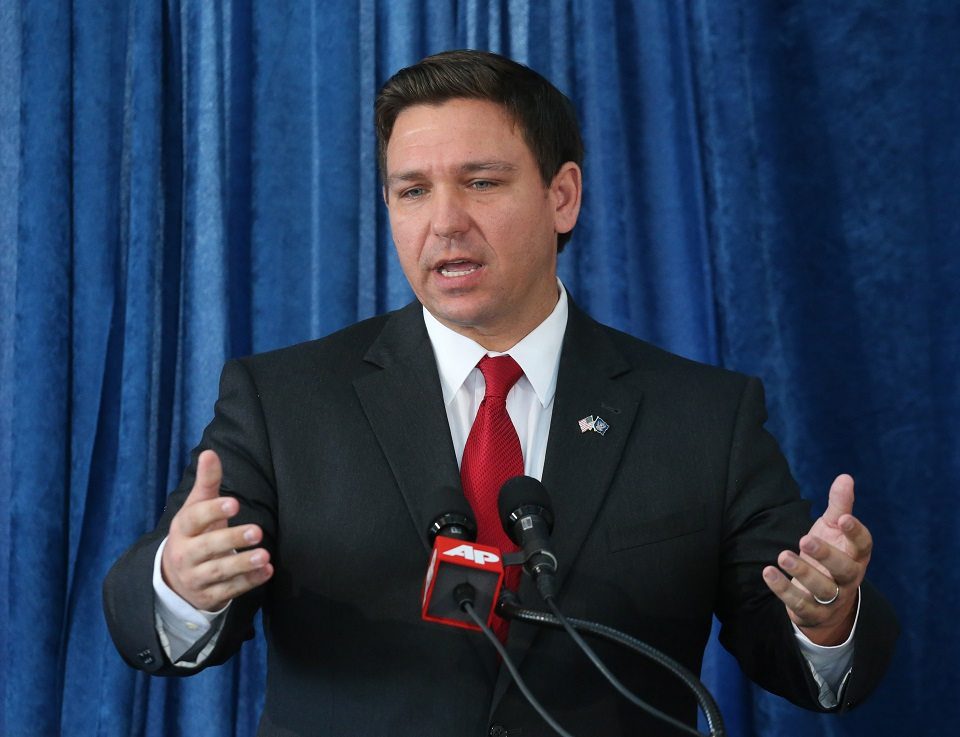 While several Republican senators have registered disapproval that the current GOP Obamacare repeal plan would harm constituents who rely on the Medicaid expansion, there are others who would like to harm even more of their constituents, like the House Freedom Caucus member who thinks cancer patients should just go to the emergency room.

Shareblue has been covering the many aspects of the poorly received Republican Obamacare repeal plan. But as bad as that plan has already proven to be, there are many Republicans who want to do much worse.

One of those Republicans is Florida Representative Ron DeSantis, who is a member of the House Freedom Caucus, which controls enough seats in the lower chamber to effectively veto any health care bill.

When Erin Burnett on CNN asked DeSantis was asked how he and his colleagues would address the story of Tiffany Koehler, a Donald Trump voter and cancer survivor who says she is only alive today because of Obamacare's Medicaid expansion, he suggested that anyone without health insurance could still just go to the emergency room:

DESANTIS: Well, if you remember when Obamacare was enacted, there were millions of people who had their health care canceled. And so there are stories of people who had certain needs, cancer or whatnot, who got pushed into policies that they didn't want, and then they didn't have the same coverage that they had because of the broken promise. So I think this law has really created a lot of different aspects. I would say though, and people who supported Obamacare used to make this point a lot before it passed, there really is no lack of health care. If people really need it, they show up to the emergency room, they do get care, it just gets passed on to other folks.

BURNETT: But she had $1 million in cancer treatments. You're not going to get that by showing up in an emergency room.

DeSantis deflected Burnett's obvious point with a familiar litany of complaints about Obamacare, none of which included caring for Tiffany, or addressed the fiscal responsibility of passing the cost for emergency care "on to other folks."

This emergency room lie became a central focus of the 2012 presidential campaign when Joe Soptic told the story of his wife, who ignored the symptoms of the cancer that killed her because she could not afford to see a doctor. By the time she got to an emergency room, it was too late. Romney's own campaign exposed that lie when they said that Soptic's wife would have survived if she had only had access to the Obamacare-identical Romneycare.

Every day, it becomes more and more obvious that Republicans are not even trying to prevent people who rely on Obamacare from losing their insurance under their repeal plan, and DeSantis' attitude underpins that lack of care for those people. Republicans have also again begun to use the racist language of the "welfare queen" smear, notably by Rep. Jason Chaffetz's (R-UT) suggestion that poor people forego a "new iPhone" in favor of health insurance, and Rep. Mo Brooks (R-AL) flat-out calling the GOP plan "welfare."

DeSantis did his part, as well, in resurrecting Reagan-era coding by telling Burnett that Medicaid ought not be available at all to those he considers "able-bodied":

BURNETT: When you say you want it to go further, which I know you have said in your statement, what do you mean? You want to get rid of it altogether? What is your view of what should happen?

DESANTIS: For example, we said we were going to repeal Obamacare. We did do a bill in January that President Obama vetoed. This bill, though, for some reason, even after it were to be signed into law, actually allows more able-bodied people to sign up for Medicaid for several years into the future. I think Medicaid should be focused on folks who are truly needy, poor kids, people with disabilities, seniors. I don't think it's a really good option for able-bodied people who are able to work and get insurance elsewhere.

Like many Republicans, DeSantis either does not know or does not care that 73 percent of Medicaid recipients do, in fact, work, or that the whole point of medical insurance is that even "able-bodied" people like Tiffany Koehler are only "able-bodied" until they are not.

Neither the current GOP plan nor the potentially harsher options waiting in the wings recognize the fundamental fact that under repeal, millions of Americans will lose insurance — a life or death prospect for thousands of people.