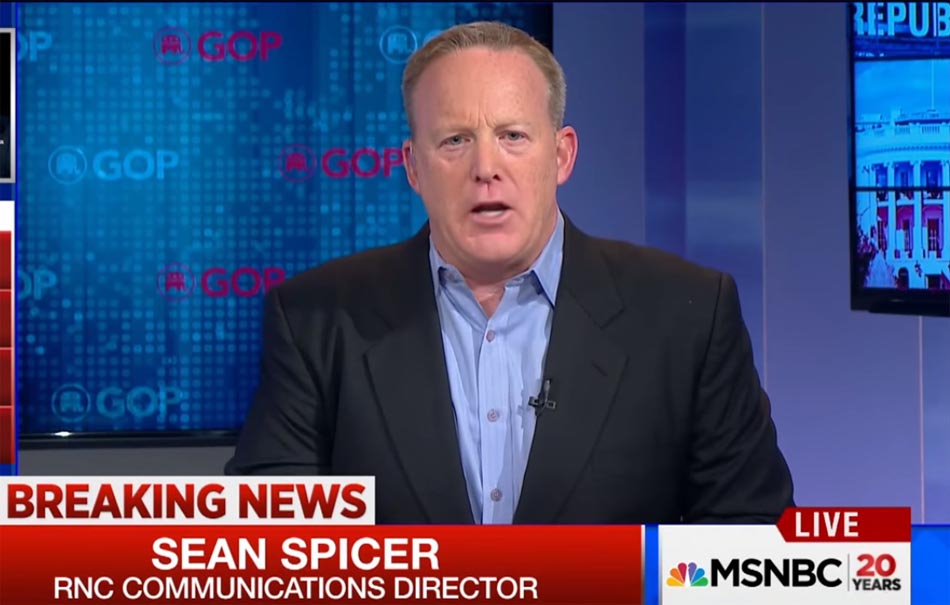 Republican National Committee Director of Communications Sean Spicer has weighed in on the Trump tape controversy, saying he is not certain that grabbing a woman without her consent constitutes sexual assault.

While some Republicans have denounced Donald Trump in the wake of his repugnant comments about groping women, others, like RNC Communications Director Sean Spicer, have refused to back down.

Senator Jeff Sessions told The Weekly Standard that he wasn't sure the conduct Trump described constituted sexual assault, and when asked the same question, Spicer responded in similar fashion:

RNC's Spicer on if grabbing genitals is sexual assault: "I don't know. I'm not a lawyer" https://t.co/PnQmG4lafT
Not all heroes wear capes

According to the Justice Department, "sexual assault" is "any type of sexual contact or behavior that occurs without the explicit consent of the recipient," including "fondling."