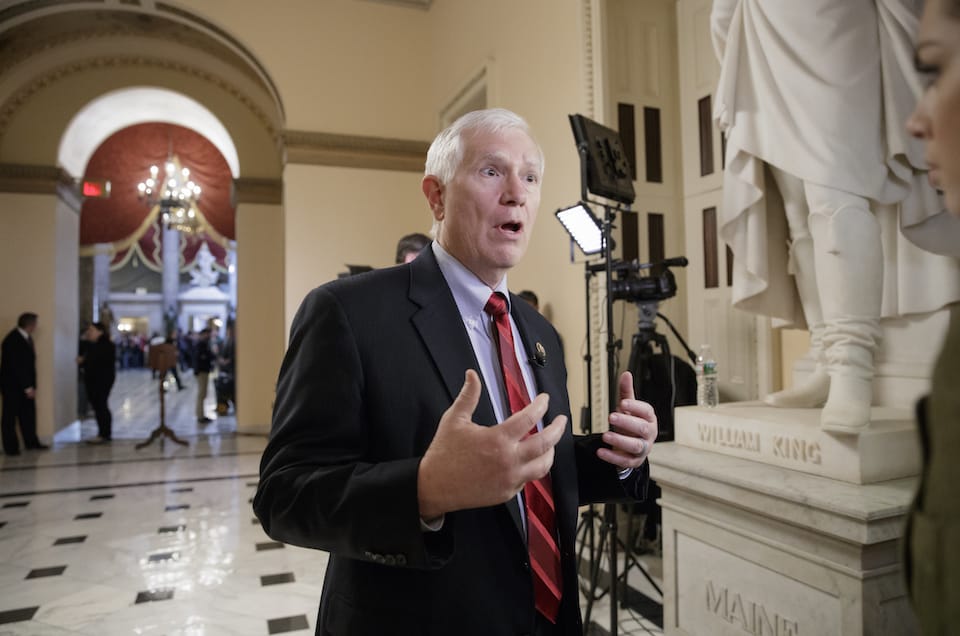 Republican Mo Brooks is the representative who recently embarrassed himself by claiming that health insurance should be cheaper for "people who lead good lives." When Chelsea Clinton criticized him for it, he responded with condescending sexism.

As the story of Brooks' lack of compassion made the rounds of media outlets, Chelsea Clinton tweeted in response:

Clinton was referring to a powerful and emotional segment in which Kimmel talked to viewers about his newborn son's congenital heart defect and the urgency of coverage for pre-existing conditions:

When an ABC News reporter asked Brooks about Clinton's implied criticism, the Republican congressman claimed his words were being misrepresented and let loose a sexist and mocking rant aimed at Clinton:

.@RepMoBrooks to @ABC on Chelsea Clinton's criticism: "Maybe she wants to run for public office and try to do better than her mommy did" pic.twitter.com/JneTcjQ2gP

Well that is not at all what I said, and it's just another example of where people who are on the other side are so willing to make false representations. ...

Quite frankly, Chelsea Clinton has no idea what she's talking about. She's probably better to stay in the private sector if she's going to continue to utter such complete public policy nonsense.

You'll have to ask her what her motivation is. Maybe she wants to run for public office and try to do better than her mommy did.

Clinton earned a Bachelor's degree from Stanford University, a Master's of Public Health from Columbia University, and a Doctorate from Oxford University. She also sits on the board of the Clinton Foundation, which focuses on improving global health. So she actually does know quite a bit about public policy.

Brooks, on the other hand — who argued for rewarding "people who lead good lives" with cheaper health insurance and whose condescending attack on Clinton and her mother is utterly inappropriate — seems to have no idea what he's talking about.