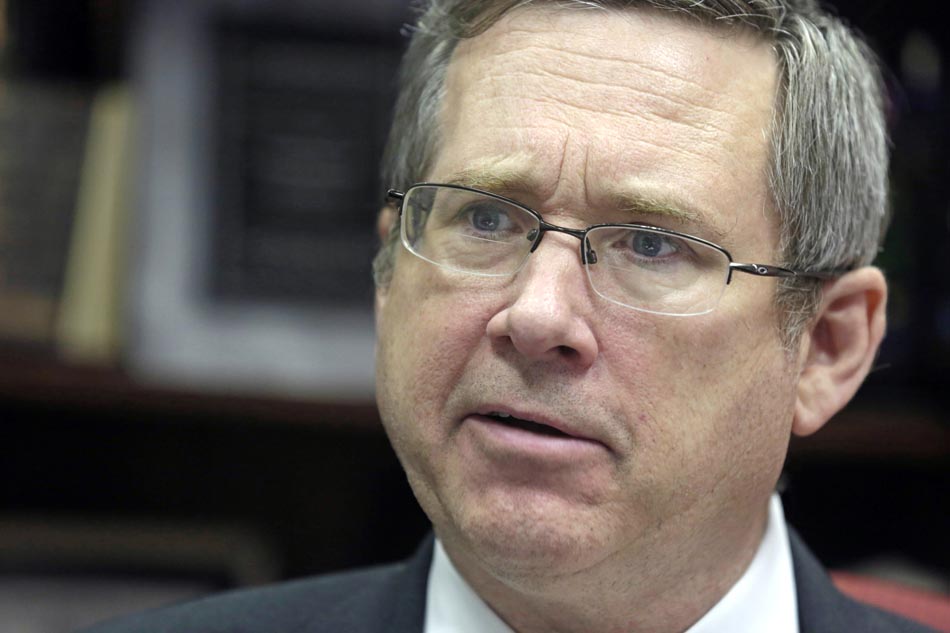 (AP Photo/M. Spencer Green)
Get The American Independent in your inbox

Incumbent Senator Mark Kirk (R), who is being challenged by Democratic Rep. Tammy Duckworth in Illinois, gave an interview to Chicago's WBEZ public radio, during which he described the president as "kind of the national father."

During an interview with WBEZ's Jennifer White, Senator Mark Kirk, currently locked in a tight battle with his opponent, Rep. Tammy Duckworth, was asked why Trump's talk about sexually assaulting women was a line in the sand for him:

White: You know Senator Kirk, Donald Trump has been criticized for comments he's made about other groups — African Americans, immigrants, Muslim Americans... Specifically what was it about this language and this tape that was a step too far for you?

Kirk: It was too crude — you know the average American is a female and too crude to the majority of this country. And as the national president, you're kind of the national father. He was totally out of line with that role of being a role model for others to look up to.

Kirk's apparent gender bias is, regrettably, emblematic of his party's attitude toward women: That we are less-than; that we need a "father figure" in politics to write law dictating the governance of our lives and bodies.

As many members of the GOP wring their hands wondering how Trump could have become their nominee, they would do well to consider that infantilizing women — and tolerating all manner of his bigotry until this tape — are fairly significant clues.