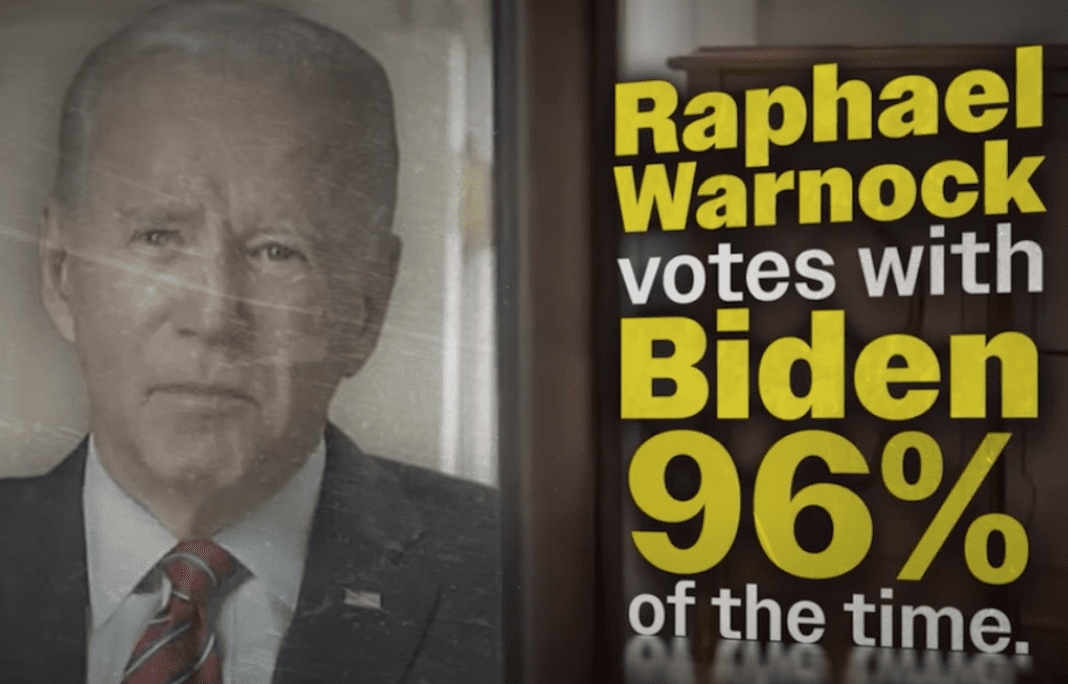 The Inflation Reduction Act will save the program money by allowing negotiation with drug companies for lower prescription costs.

A new National Republican Senatorial Committee ad accuses Democratic Georgia Sen. Raphael Warnock of voting for massive cuts to Medicare. In reality, he voted to save hundreds of billions for the program and to cut out-of-pocket expenses for its beneficiaries.

In the spot, released on Sept. 16, a narrator says: "It didn't take long for Raphael Warnock to become a politician. Now he claims he's bipartisan? Not exactly. Warnock voted with Biden to slash Medicare spending."

The first reference is to Warnock's vote on Aug. 7, along with those of every other Democratic senator, to pass the Inflation Reduction Act. That historic law, which President Joe Biden signed into law on Aug. 16, invests hundreds of billions of dollars in energy and climate change infrastructure, funds a three-year extension of health insurance subsidies through the Affordable Care Act, and caps what millions of older Americans pay for prescription drugs and insulin.

The second reference is to a cost estimate for the bill published by the nonpartisan Congressional Budget Office, which estimated that its draft provisions would save the Medicare program billions of dollars that would otherwise have been paid to drug manufacturers.

The nonpartisan Center on Budget and Policy Priorities pointed out in blog post on Aug. 10 that nothing in the legislation would reduce the health care coverage and prescription drug benefits Medicare provides to more than 63 million Americans.

Instead, it repealed a provision in the 2003 law that created the Medicare Part D prescription drug benefit program prohibiting the government from negotiating prices with pharmaceutical manufacturers.

In December 2021, Biden noted that Medicare was already allowed to negotiate prices for other expenditures, such as hospitalizations, medical supplies, and visits to the doctor: "What I'm proposing is that we negotiate a fair price — one that reflects the cost of research and development and a need for significant progress — excuse me, need for significant profit — but that is still affordable for consumers. Right now, drug companies will set the price at whatever the market will bear."

The Inflation Reduction Act passed much of the savings on to Medicare beneficiaries. It established a $2,000 annual cap on out-of-pocket prescription drug costs and a $35-a-month cap on copayments for insulin.

According to the Kaiser Family Foundation, more than 1.4 million Medicare Part D enrollees spent at least that much in 2020.

But that has not stopped Republicans from claiming the law's backers voted to slash Medicare.

In August, the National Republican Senatorial Committee made similar false claims in a pair of ads, one in English and one in Spanish, targeting Democratic Sen. Mark Kelly of Arizona. It said that Kelly has "gone kind of soft" on Washington and "went along with nearly $300 billion less in Medicare spending for seniors."

Nonpartisan fact-checkers have previously debunked similar claims made by other right-wing political groups.

In June, the Washington Post gave "three Pinocchios" to an ad funded by the right-wing 60 Plus Association that slammed Democratic Sen. Joe Manchin of West Virginia for "supporting Biden's devastating plan to strip $300 billion from Medicare, leaving West Virginia seniors with even fewer treatments and cures."

PolitiFact called out the dark money American Prosperity Alliance for a false claim that the bill "will strip $300 billion from Medicare."

"Those are savings resulting mostly from the government negotiating prescription drug prices and limiting drug price increases to inflation," Steve Ellis, president of Taxpayers for Common Sense, told the outlet. "So rather than taking money out of Medicare, it is reducing Medicare costs."