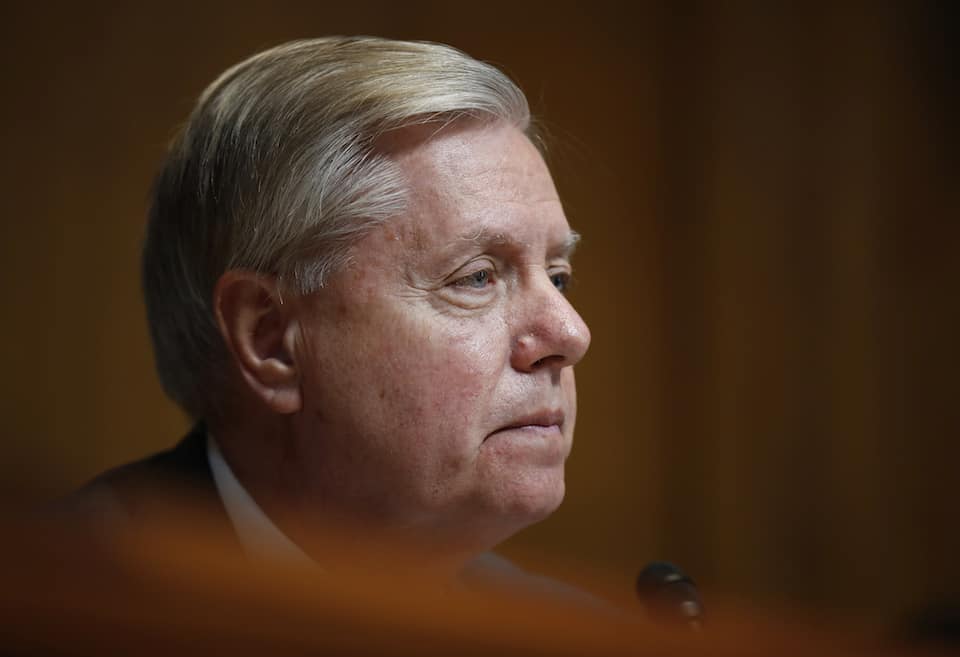 Republican Sen. Lindsey Graham drew a bright line for Trump to lose his presidency. And Trump appears ready to cross it.

Trump's attacks on Robert Mueller in the wake of FBI Deputy Director Andrew McCabe's firing has many fearing Trump will move to fire the special counsel. One Republican senator warns that would be a presidency-ending disaster for Trump.

On Sunday morning's edition of CNN's "State of the Union," host Jake Tapper asked Sen. Lindsey Graham, "Are you worried that the president is preparing to order the firing of Mueller? It sure looks that way from his tweets."

"If he tried to do that, that would be the beginning of the end of his presidency," Graham replied.

This is not the first time Graham has essentially threatened Trump with impeachment if he goes after Mueller. But a few seconds later in the interview, he added that "there are many Republicans who share my view."

Trump attacked Mueller by name for the first time Saturday night, then again Sunday morning, raising speculation that he'd make a move on Mueller to a fever pitch. But if Graham is correct, there would need to be 17 Republican senators who agree with him in order to remove Trump following an impeachment trial.

But before that could happen, the House of Representatives would have to vote to impeach Trump. Both tasks would be significantly more likely if Democrats take control of the chamber following the midterms, especially if they pick up Senate seats as well.

If you think Trump is panicking now, wait until he's facing a new, blue Congress in January.