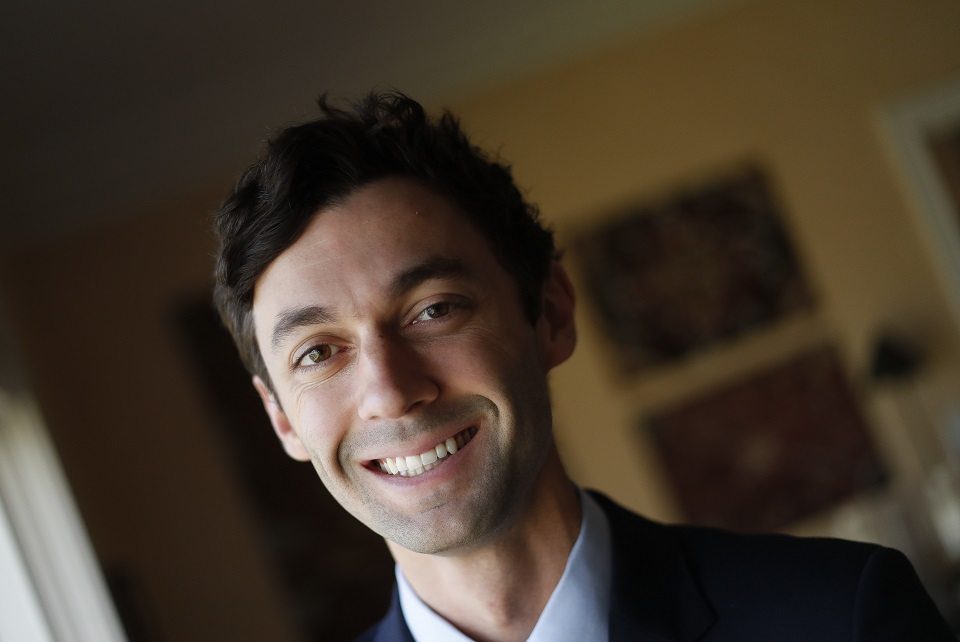 The Congressional Leadership Fund's attack ad against Georgia congressional candidate Jon Ossoff shows him dressing up in college as Han Solo, and backfires spectacularly as viewers watch and donate.

In the wake of multiple victories in special elections around the country, Democrats are turning their sights on Georgia, where another special election on April 18th will fill the congressional seat vacated by Donald Trump's Health and Human Services Secretary, Tom Price.

Georgia's 6th congressional district has been solidly Republican since 1978, when Newt Gingrich was elected to the seat. But this year, Democrats have a formidable candidate in Jon Ossoff, a documentary filmmaker and former congressional aide. Ossoff's campaign has already raised $2 million in under two months, and he is leading polls by 6.8 percent.

Republican strategists on the Hill are alarmed by Ossoff's meteoric rise, and a GOP super PAC, the Congressional Leadership Fund, just took out a $1.1 million ad buy against him.

The only problem is that the attack ad, titled "The Truth Strikes Back," did not come off exactly the way they were likely hoping:

VOICEOVER: Jon Ossoff really wants you to think he's ready to be in Congress.

OSSOFF: I've got five years of experience as a national security staffer.

VOICEOVER: There's just one problem: Ossoff wasn't exactly fighting against terrorism — he was fighting against restrictions on keg parties! You see, Ossoff was just a college kid, doing things like dressing up with his drinking buddies and pretending to be Han Solo.

YOUNGER OSSOFF: I'm Han Solo, captain of the Millennium Falcon. She's the baby that ran four kegs by DOPS in under 3 parsecs.

VOICEOVER: Jon Ossoff: Not honest, not serious, not ready. Sorry, Jonny, but the truth strikes back.

The obvious aim with this ad was to depict Ossoff as an immature fraternity guy, who is not ready to shoulder the responsibility of public office.

Instead, it made him look like a genuinely fun, humorous, and relatable person, and reactions on social media make clear how badly this ad backfired:

Would someone like to remind these dummies that Han Solo was a hero and helped save the Republic? #electjon https://t.co/XlB5dqIT5c

😂😂GOP spends millions on an ad that makes me ❤️ @ossoff even more- down to earth, funny, young! THANK YOU @GOP #UniteBlue#TheResistance https://t.co/pLLB2v0nmv

If Republican megadonors and strategists are this out of touch about the way the American people perceive public officials, it bodes ill for Trump's prospects of keeping his unified Republican majority for much longer.