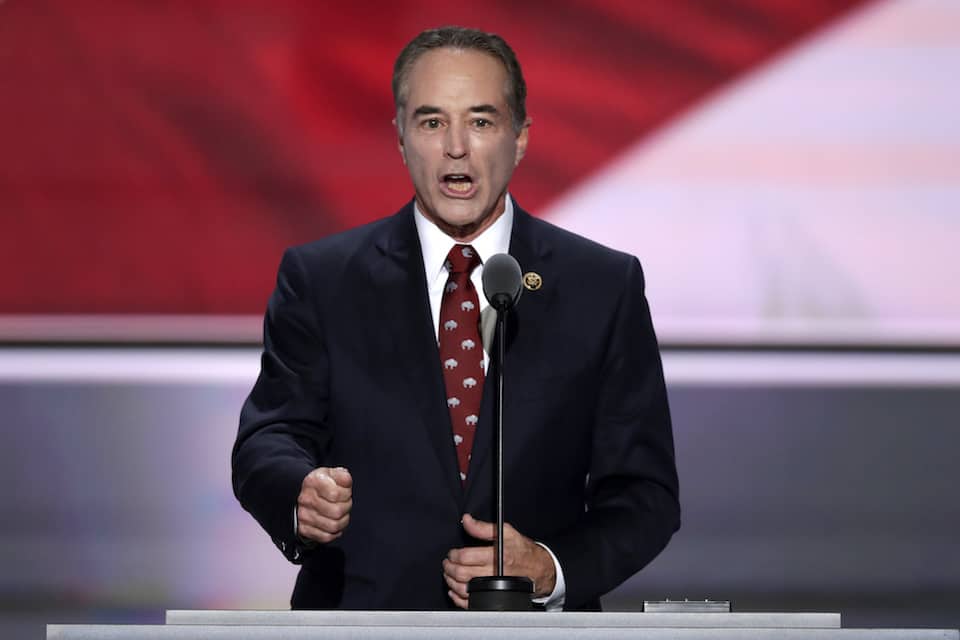 Rep. Chris Collins (R-NY) stunned many by admitting he hadn't read the Republican health care repeal plan he had just voted for. Even more stunning, he later had to ask a reporter to explain the bill to him.

One of the many disturbing themes of the Republican health care repeal vote was the repeated scenes of GOP members either refusing to say whether they had even read the bill they were voting on, or flatly admitting they had not. One member even told a reporter he hadn't read the bill because he had been too busy at "baseball practice."

Following passage of the cruel and destructive repeal plan, Rep. Chris Collins (R-NY) — one of the first Republicans in Congress to declare his support for Donald Trump during the campaign — made headlines by freely admitting to CNN's Wolf Blitzer that he had not read the bill that he'd just passed, and instead "relied on staff":

Rep. Collins admits he wasn't able to read entire health care bill and had to rely on staff https://t.co/5NN39ElZAj https://t.co/UmK3tuCfFC

BLITZER: Did you actually sit down and read the entire bill, plus all of the amendments?

COLLINS: I will fully admit, Wolf, that I did not. But I can also assure you my staff did. We have to rely on our staff. I had many meetings with energy and commerce with the chairman of energy and commerce as we discussed how this plan will affect Americans. I'm very comfortable that we have a solution to the disaster called Obamacare. We're just today we heard 94 out of 99 counties in Iowa will not have any insurance next year and we heard today that Aetna pulled out of the market in Virginia.

BLITZER: This legislation affects a fifth of the U.S. economy, and millions and millions of Americans. Don't you think it was actually important to sit down and read the language of this bill?

COLLINS: You know, I have to rely on my staff, and I could probably tell you that I read every word, and I wouldn't be telling you the truth, nor would any other member. We rely on our staff, and we rely on our committees, and I'm comfortable that I understand this bill in its entirety, Wolf, without poring through every word.

As stunning as that is, given the life-or-death stakes involved, Collins' dereliction gets worse. According to The Buffalo News, Collins actually had to ask one of their reporters to explain the bill to him:

Told by a Buffalo News reporter that the state's largest loss of federal funds under the bill would be $3 billion annually that goes to the state's Essential Health Plan, Collins said: "Explain that to me."

The Essential Plan is an optional program under Obamacare, offered only by New York and Minnesota, that provides low-cost health insurance to low- and middle-income people who don't qualify for Medicaid. State Health Department figures show that more than 19,000 people in Erie and Niagara counties were on the Essential Plan in January.

Asked by The Buffalo News if he was aware of the bill's cut in funding to the Essential Plan, Collins said: "No. But it doesn't surprise me for you to tell me that there were two states in the nation that were taking advantage of some other waiver program and New York was one of the two states."

According to Buffalo News, the provision he was unaware of serves 635,000 New Yorkers.

Collins may not have bothered to read or understand the disastrous bill he supported, but rest assured, his constituents will never let him forget that he did. Recess is coming. So is 2018.