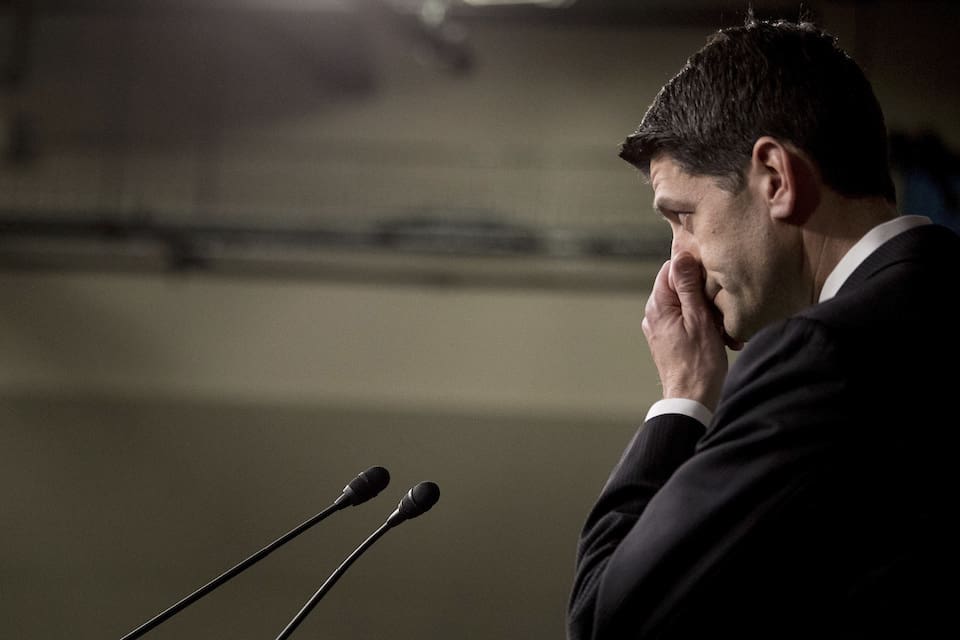 House Republicans may have sealed their own fate by voting to pass their unpopular and cruel health care repeal bill. But Democrats are doing everything they can to make sure of it — with a forceful and people-focused response that began within minutes of the vote.

Democrats have historically been chided for the speed of their response to breaking news. No such critique will be valid this time.

Even before the end of the GOP's disgraceful beer-soaked celebration of their vote to take health care away from millions of Americans, Democrats jump-started their national, regional, and local campaign to hold every last one of them accountable.

Kicking 24 million people off their healthcare insurance, increasing costs, slapping an age tax on folks above 50 and destroying protections for people with pre-existing conditions will go down in infamy as one of the most heartless acts ever passed through Congress. This digital ad campaign will educate voters in targeted districts about this morally bankrupt repeal.

In step with the DCCC, the Democratic Senatorial Campaign Committee also unveiled the first of its 6-second YouTube ads, targeting voters in Nevada and Arizona and highlighting the increase in costs and reductions in coverage under the repeal plan:

What Will The Republican Healthcare Plan Cost You?💰 pic.twitter.com/mmPdDLTP4i

The DSCC also released a no-holds barred statement from its spokesperson David Bergstein:

The toxic Republican Healthcare Plan spikes costs, slashes coverage and provides a clear example of how the GOP has broken their promise to voters — pushing the agenda of the rich and the powerful at the expense of [Americans] who actually work for a living. This Plan makes older Americans pay five times more for care, strips away coverage for pre-existing conditions, and threatens vital drug abuse prevention and women’s healthcare services, all to give big insurance companies another handout. Americans of every political persuasion are united in opposition to these proposals and any Republican who runs for Senate in 2018 will own this plan and be held accountable for the toxic GOP healthcare agenda.

In addition to its six-second YouTube bumper ads, the DSCC also re-launched its powerful, heart-wrenching 30-second healthcare related advertisement called "The Price," which will be be distributed throughout 12 Senate battleground states using Google search and Facebook advertising.

Individual Democratic candidates were also quick to emerge on the offensive, using the health care vote against their GOP opponents. Tom Perriello, a former congressman and now Democratic candidate for governor in Virginia, wasted no time introducing this compelling advertisement via Twitter:

AHCA vote made it clear: GOP leaders are trying to crush affordable health care. We can’t let it happen in VA. Together, we can stop this. pic.twitter.com/zj4704lev5

Despite claims by the White House and the GOP, the reality is Obamacare is still the law of the land. It has not been repealed or replaced, as the bill that passed the House is likely to fail in the Senate.

But by falling in behind Donald Trump and caving in to the demands of the extremist wing of their party, House Republicans have put personal ambitions ahead of the desires of their constituents, and party ahead of country.

This is not new behavior from the GOP. And the Democratic Party is ready and willing to make them answer for it.