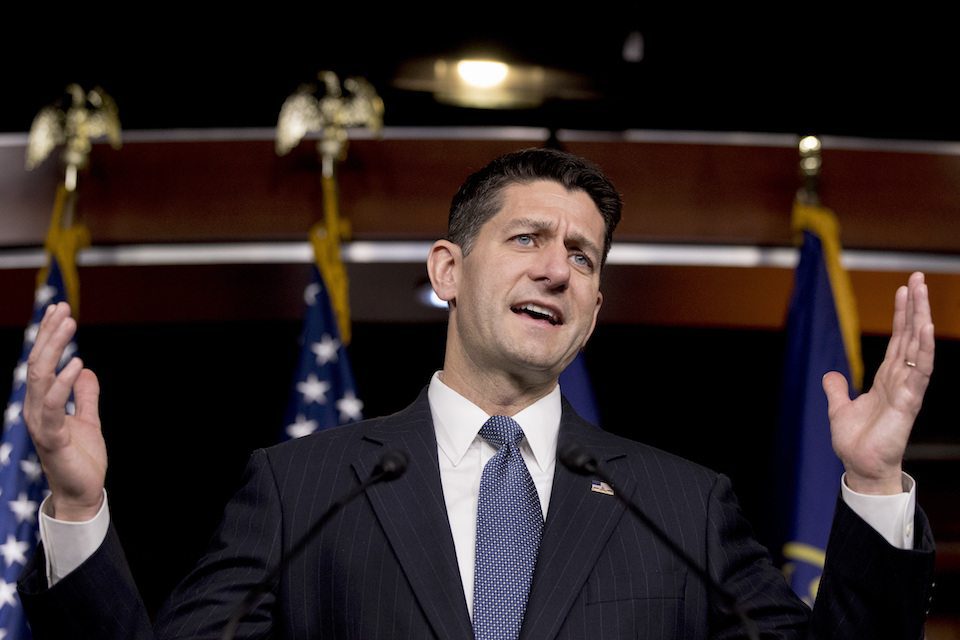 The House GOP tax scam is horrible in several obvious ways — from slashing taxes for big corporations and millionaires, to punishing people with student debt, to gutting campaign finance laws, to blowing a hole in the federal deficit.

But a closer look at the framework reveals several, less apparent ways that the GOP plan would hurt the most vulnerable.

One particularly egregious part of the GOP scheme that has received little attention is section 3404, which establishes "repeal of Work Opportunity Tax Credit."

The Work Opportunity Tax Credit is a provision of the tax code that gives extra money to businesses that hire people who have "consistently faced significant barriers to employment."

Along with rehabilitated ex-convicts and people on food stamps, some of the biggest beneficiaries of this credit are disabled or out-of-work veterans.

The fact House Republicans are targeting a provision of the tax code that helps wounded warriors get jobs is outrageous. This program costs the government just $1 billion a year — a drop in the bucket next to the $269 billion Republicans want to add to the deficit by repealing the estate tax for millionaires.

Put another way, the GOP cares more about letting Donald Trump pass on his fortune to his wealthy children than they do about helping people who have sustained grievous injuries fighting for our country find gainful employment.

Republicans long ago lost any claim to be a party that fights for service members, especially with the incessant attacks on Gold Star families from Trump and his team.

Raising taxes on companies that hire our heroes in uniform is a new low even for the GOP — and yet another sign that their tax scam is as morally bankrupt as it is fiscally irresponsible and dangerous.