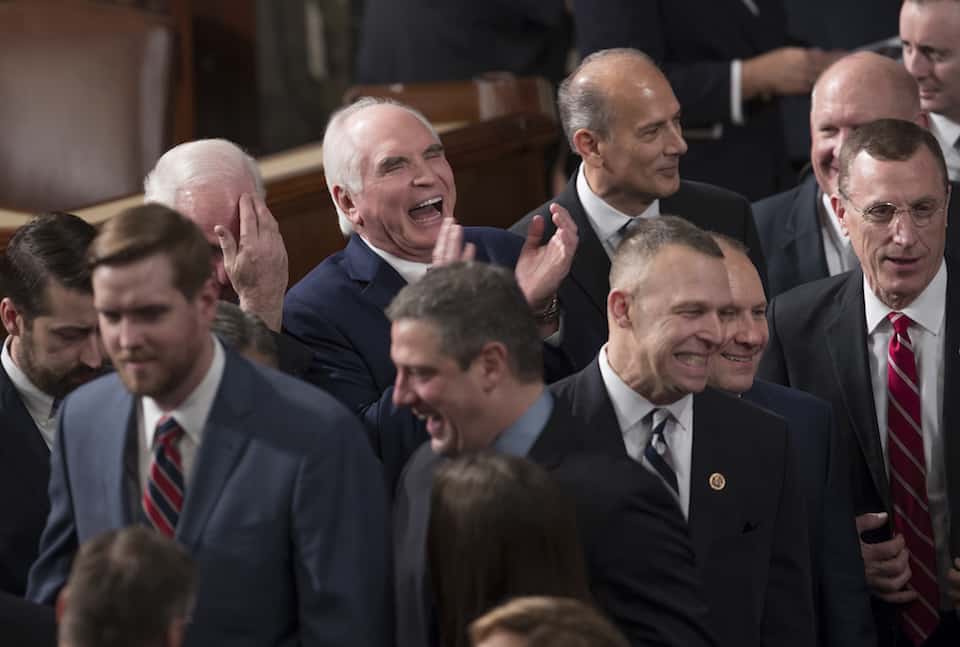 House Republicans reportedly had beer delivered to the U.S. Capitol to celebrate their vote to strip health insurance from millions of Americans.

Republicans celebrated stripping health insurance from 24 million Americans with a delivery of beer to the United States Capitol.

As Republicans were voting to repeal Obamacare and make it harder and more expensive for Americans to access life-saving health care, they were apparently already looking forward to knocking back beers in celebration.

"Looks like House Republicans are gearing up for a party," said Alexandra De Luca, deputy press secretary for EMILY's List. "It’s stomach-churning to think of the tens of millions of Americans who are learning they may lose their health care at the same time that Republicans drink beers and toast President Trump. House Republicans better buckle in for 2018. Americans aren’t going to forget this.”

Several reporters photographed cases of Bud Light coming into the building "for a celebration."

Republicans "already have case of beer standing by here at the Capitol to celebrate," @nancycordes says after vote https://t.co/Okz2bwUl4f pic.twitter.com/4xNHcxun6c

CORDES: Republicans are not being modest in their victory. They already have cases of beer standing by here at the Capitol, Scott, to celebrate.

Cases upon cases of beer just rolled into the Capitol on a cart covered in a sheet. Spotted Bud Light peeking out from the sheet

Didn't catch a good pic but here's what our camera shot pic.twitter.com/06rrHmqjJc

They are rolling cases of beer into Capitol and coming to the White House afterwards for a celebration. Kind of remarkable. So far to go.

Across the street, protesters chanted "shame" at Republicans for what they had done, while MSNBC host Chris Hayes said the network was having difficulty finding Republican guests to come on air and defend the vote.

Protesters yell "shame" as House members leave Congress. Republican members heading to buses that will take them to WH for press conference. pic.twitter.com/n1ZYFHBblI

The intensely unpopular bill faces an uphill climb in the Senate, but this vote gives it full backing by hundreds of Republicans in Congress. And they celebrated with a beer bash.