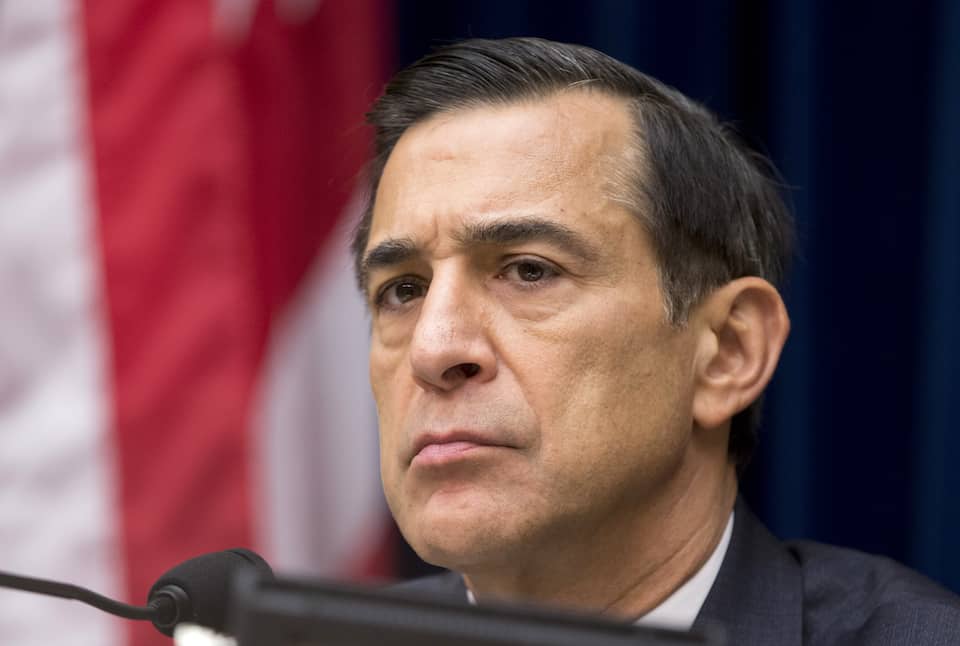 Republicans, with two exceptions, are still reluctant to broach the topic of impeaching Donald Trump. However, they showed no such reluctance under President Obama, whom they wanted to impeach for a variety of reasons — or even no reason at all.

After months of impeachment-worthy scandals, just two Republicans in Congress have found the courage and patriotism to even consider the possibility of impeaching Donald Trump.

Even the bombshell revelation that fired FBI Director James Comey composed memos detailing Trump's attempts to quash the investigation of disgraced former National Security Adviser Michael Flynn has thus far failed to move many of them to utter the "I-word."

It was a different story, however, when Barack Obama was the president. Many of these same Republicans had no problem threatening impeachment over the silliest of reasons — or no reason at all.

For example, current House Oversight Committee Chairman Jason Chaffetz (R-UT) has gone so far as to ask to see Comey's memos, but under Obama, refused to take impeachment off the table over Benghazi:

Here's @jasoninthehouse on impeaching Obama for Benghazi: "I'm not willing to take that off the table." 7 investigations. Zero wrongdoing. pic.twitter.com/GZ5SFLAmFo

BLITZER: Jason Chaffetz of Utah is joining us right now. Among other things, he suggested that perhaps — perhaps — President Obama's handling of the Benghazi terror attack could be, could be an impeachable offense. Congressman, tell us what you mean by that.

CHAFFETZ: Look, it's not something I'm seeking, it's not the end game, it's not what we're playing for. I was simply asked, 'Is that within the realm of possibilities?' And I would say, yes — I'm not willing to take that off the table. But that's certainly not what we're striving for.

Chaffetz wasn't the only Republican to push for impeachment over Benghazi, despite the seven investigations that found absolutely no wrongdoing.

Republicans have spent months ignoring the pleas of constitutional law and ethics experts, but Rep. Darrell Issa (R-CA) was ready to impeach President Obama on the recommendation of the rather dubious authority of Dick Morris:

Here's @DarrellIssa recommending impeachment on the say-so of DICK MORRIS in 2010. pic.twitter.com/eEgG83p4AG

ISSA: This is serious. This is an impeachable offense, according to Dick Morris. The allegation is one that everyone from Arlen Specter to Dick Morris have said is, in fact, a crime, and could be impeachable.

And of course, Republicans wanted to impeach Obama over things that Trump does routinely. Current Senator Joni Ernst (R-IA) ran on a promise to impeach President Obama for using executive orders:

ERNST: He is continually using executive orders [unintelligible] making appointments without authority. So, yes, absolutely, he is overstepping his bounds. And I do think that, yes, he should face those repercussions, whether that's removal from office, whether that's impeachment. But as a U.S. senator, though, we have to push that issue, and we can't be silent on things like that. He has become a dictator. He is running amok. He is not following our Constitution.

The desire to impeach President Obama over the racist birther conspiracy was so strong among House Republicans that Rep. Blake Farenthold told his constituents that it would be no problem getting the votes together for impeachment:

CONSTITUENT: If everybody's so unhappy with what the president's done, why don't you impeach him?

FARENTHOLD: I'll give you a real frank answer about that: If we were to impeach the president tomorrow, you could probably get the votes in the House. But it would go to the Senate, and he wouldn't be convicted.

Here's @michaelcburgess saying to impeach Obama for no reason, just "to tie things up." Ask him about it next time he's on @chrislhayes pic.twitter.com/SgmUl0vM5X

CONSTITUENT: Hi. The issue of impeachment, 90 percent of the people remember Nixon, what happened to Nixon. Remember what happened to Clinton. If we could just tie his hands, because I'm not convinced we've got that much time.

BURGESS: It needs to happen. And I agree with you, it would tie things up. No question about that.

Burgess even stood by his remark later, while admitting there were no "proper" grounds for impeachment.

Even Trump himself got into the act, taunting Republicans for not carrying out their threat to impeach Obama.

This latest bombshell has only begun to explode. Comey has been invited to testify before Congress next week, and his memos (and/or recordings?) could very well become public before then.

Republicans needed very little reason to talk impeachment under Obama, but time will tell how they react to all that Trump has given them to ponder.