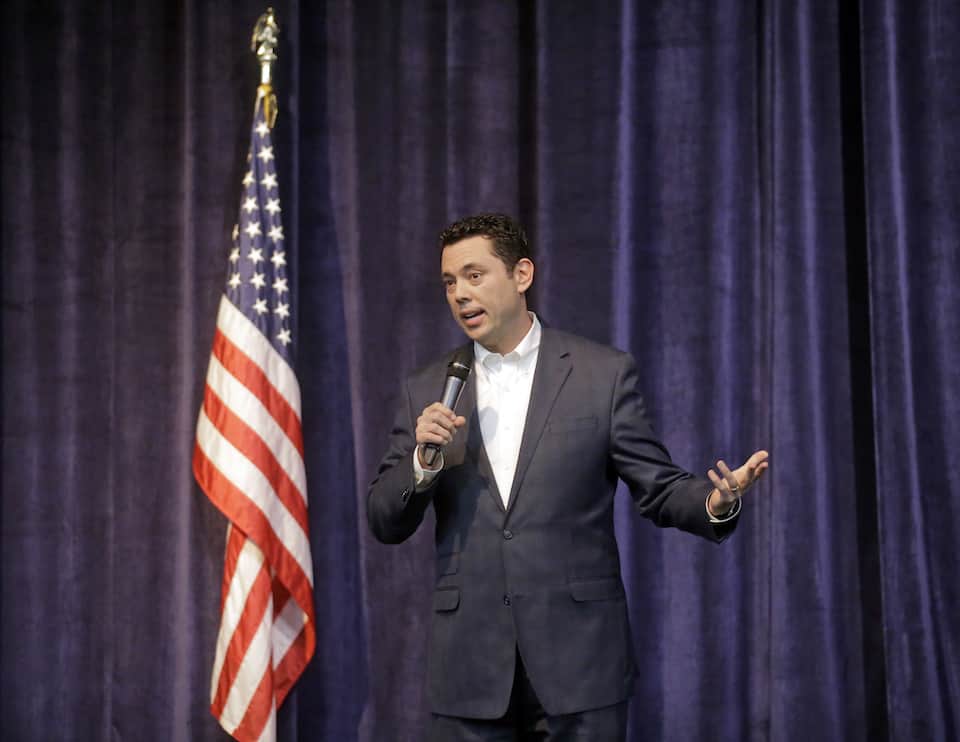 Rep. Jason Chaffetz (R-UT), the chairman of the House Oversight Committee, who has been under enormous pressure from the resistance for his refusal to fully and thoroughly investigate Donald Trump's connections to Russia, announced he will not be running for re-election in 2018. This is welcome — and not entirely surprising — news.

Rep. Jason Chaffetz (R-UT) announced that he would not run for re-election in 2018, in another sign of the power of resistance, the potential of a wave election in those midterms, and the danger for Republicans who align themselves with the albatross that is Donald Trump.

Jason Chaffetz is not running for re-election. pic.twitter.com/4awWSbN4Vo

In his announcement, Chaffetz said, "I may run again for public office, but not in 2018." And he sought to preemptively fend off the usual suspicions, by declaring:

I have no ulterior motives. I am healthy. I am confident I would continue to be reelected by large margins. I have the full support of Speaker Ryan to continue as Chairman of the Oversight and Government Reform Committee.

But the timing of his decision is still notable, coming after months of heavy criticism for his handling of potential investigations into Trump's connections to Russia, and to that country's interference in our presidential election, including sending a threatening letter to the Office of Government Ethics over comments against Trump by the director of that body, Walter M. Shaub, Jr.

Chaffetz has also seem some of the most intense pressure from constituents at town hall meetings for his extremely lopsided treatment of Trump versus Hillary Clinton — pressure that Chaffetz has tried to assert was fabricated and paid for. During the 2016 election, Chaffetz had vowed to bury Clinton in investigations, if she were to become president, but he quickly abandoned his love of investigations when Trump won the White House.

The resistance Chaffetz experienced at town halls was real, and it was not going away any time soon. And while Chaffetz's district is a reliably red one, as we have seen in other recent elections where Democrats are turning Republican strongholds into competitive races — including Kansas, Illinois, and Georgia — past may no longer be prologue in our new political reality.