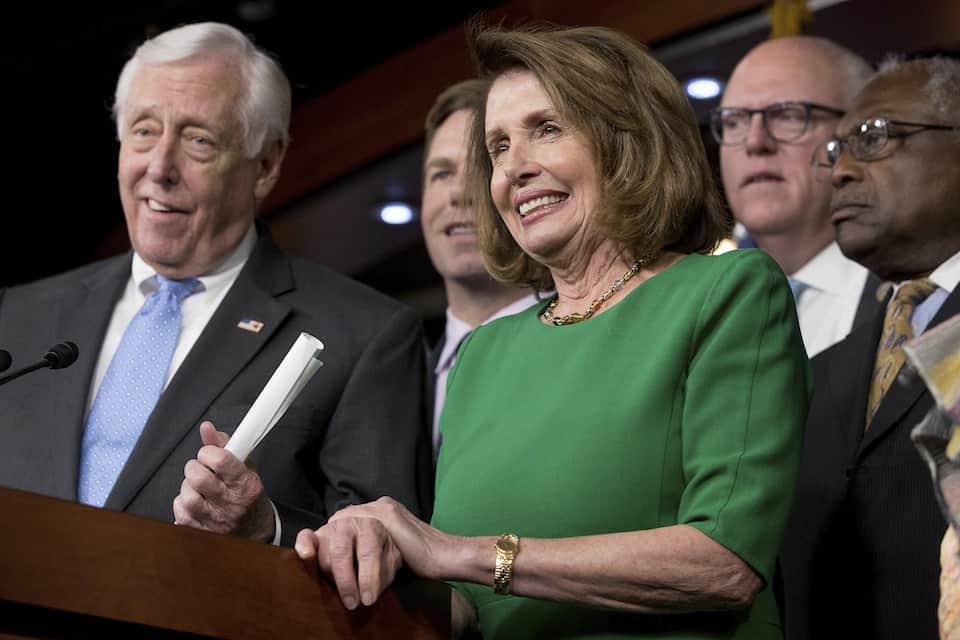 The Republican health care plan could never have flamed out in the House of Representatives without Democratic Leader Nancy Pelosi keeping her party unified against the destructive repeal bill.

House Democratic Leader Nancy Pelosi's skill at keeping Democrats unified was a key factor in the failure of Donald Trump and House Speaker Paul Ryan's attempt to repeal the Affordable Care Act. Despite a caucus representing districts across the country with differing priorities and interests, no Democrats crossed the line to give the Republican assault on health care a helping hand.

Even before the Congressional Budget Office determined that "Trumpcare" would strip 24 million Americans of health insurance, Democrats had made clear that they would not be voting for the bill. As a result, all of the votes in favor of passage would have to be found within the Republican Party.

When the bill was released, Pelosi released a statement laying the blame completely at Republican feet, noting, "Republicans revealed a Make America Sick Again bill that hands billionaires a massive new tax break while shifting huge costs and burdens onto working families across America.  Republicans will force tens of millions of families to pay more for worse coverage – and push millions of Americans off of health coverage entirely.  "

Despite seven years of Republican posturing in favor of repeal, when they had secured the entire legislative branch and won the White House, they still could not muster the votes on their own to make repeal happen, and pulled the bill in a humiliating afternoon farce.

Pelosi has long demonstrated her skill at keeping her party members together, providing key votes for former Speaker John Boehner to raise the debt ceiling when his own party pushed the country close to default. When Democrats had a majority in the House from 2006 to 2010, as House Speaker, Pelosi shepherded the passage of key legislation, including the aforementioned Affordable Care Act, as well as the economic stimulus that was so vital in moving America from recession to recovery.

Trumpcare was dangerous and unpopular, but Republicans have overcome those types of obstacles before to pass harmful legislation. What they could not overcome was Pelosi's keen ability to keep Democrats in line, squeezing Republicans to move from obstruction to governing. They failed, miserably.