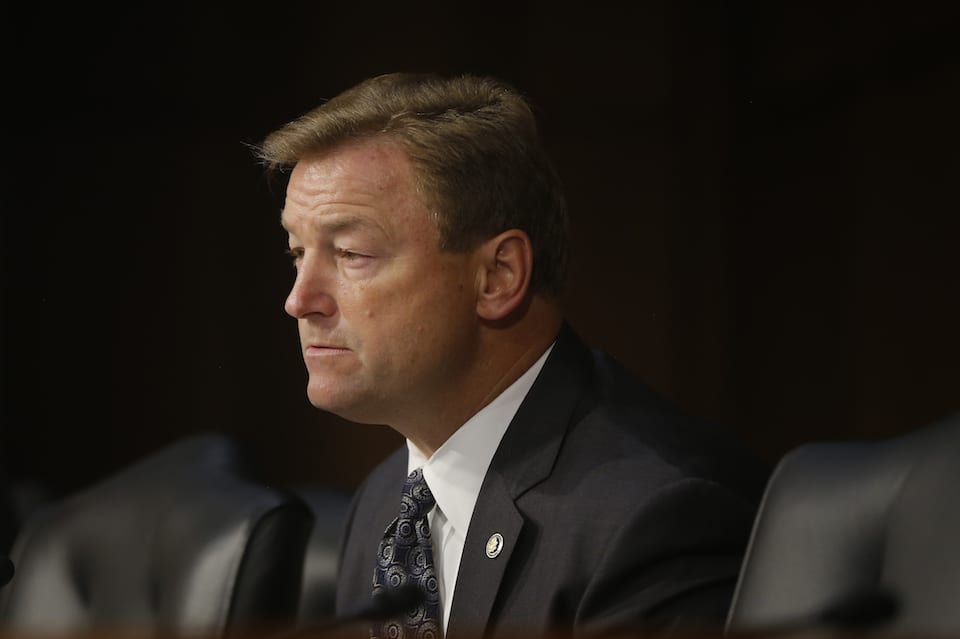 The resistance scored another victory when Republican Senator Dean Heller (R-NV) told a town hall meeting that he would "protect Planned Parenthood," after saying in February that the organization should not receive federal funding.

Even as Donald Trump goes along with Republican efforts to gut Planned Parenthood, Americans across the country are speaking up at town halls to voice their support for the organization.

And Republicans are beginning to feel the pressure of those efforts, as evidenced by Sen. Dean Heller's (R-NV) on-the-fly reversal of his position on federal funding for Planned Parenthood.

In February, Heller told a constituent that he believed the organization should be defunded, and that it "should stand on its own." But federal funding for Planned Parenthood is not a handout; it is reimbursement for medical services provided to millions of Americans. They "stand on their own" as much as any doctor or hospital that accepts Medicaid patients.

CONSTITUENT: Do you support doing away with funding to Planned Parenthood? If so, why? And where exactly would women in my position, would people in my position go to then, considering other senators have put out this list of health care facilities that turn out to be dentist's offices, you know, saying 'Oh, we can provide you with services.' Where can low income individuals, especially, go to receive reproductive care, education, and yes, they do prenatal and postnatal care, as well. Where will they be able to turn to? (applause)

HELLER: Well, first of all, I'm glad that you had the help and services that you needed as you were growing up. I'm glad you had that, I want to make sure that my daughters have the same opportunities and same access to the same kinds of health care. But this isn't just Planned Parenthood — it's community health centers, community health clinics around the state —

HELLER: I don't think we're against community health clinics. (jeers) (inaudible) I agree with Mark as we move forward on Planned Parenthood, the only difference is is whether or not — I have no problems with federal funding for Planned Parenthood. (applause)

CONSTITUENT: Will you commit to the women, and to the people of Nevada, that you will protect the funding at the federal level?

HELLER: At the federal level?

CONSTITUENT: (inaudible) to vote for you in 2018. Will you protect the funding?

HELLER: I will protect Planned Parenthood. I will protect Planned Parenthood. (applause) The issue isn't whether or not they can afford the funding and the care for women, I want to make sure that every woman has an opportunity, my grandchildren, everybody, have an opportunity. The question, now, is should federal funding cover some of the activities that are currently (inaudible) (jeers) — I don't know if we're going to agree on everything here, but a lot of my constituents say 'We don't want federal funding for Planned Parenthood to be used for —'

HELLER: Well, I'm not going to have a problem with Planned Parenthood as long as they provide the health care services that you need. (inaudible) So, we need to move forward on this, continue to move forward on this, and make sure that when the federal funding does come to the states, that the states have the right to make the determination of how they want to use it. (jeers)

While Heller did try to retreat to a fallback position at the end, saying that states should have the right to decide how to use federal funds, the fact that his constituents forced him to repeat the words "I will protect Planned Parenthood" is significant, and a victory for the resistance.

With 80 percent of Americans in agreement on this issue, Republicans will either change their tune the way Heller did, or suffer the consequences in 2018.