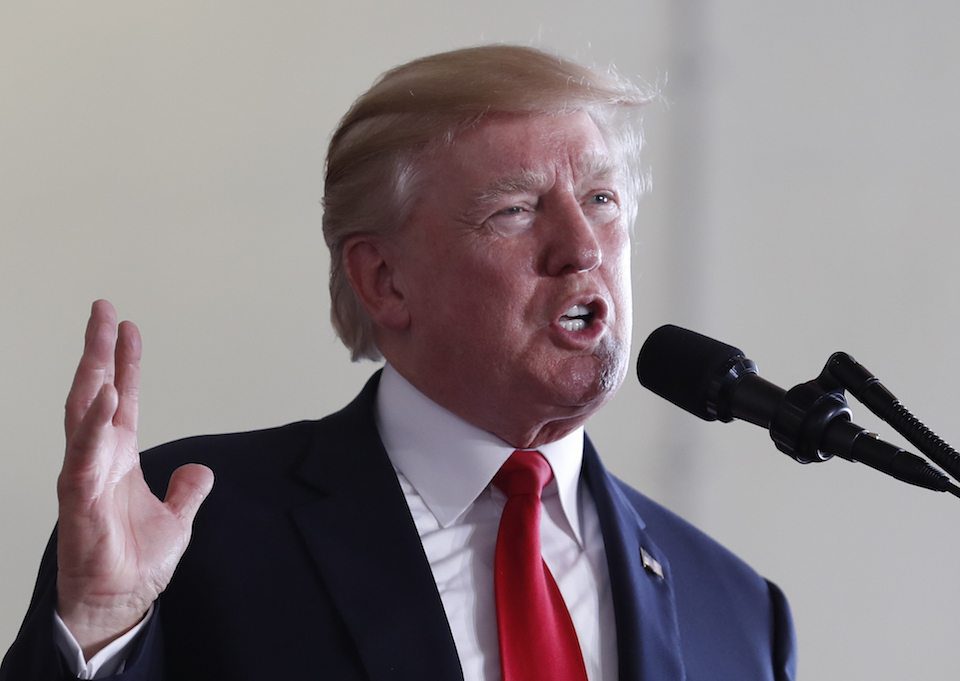 Retired Army Col. Lawrence Wilkerson was disgusted with Donald Trump's call for political support from military members attending a warship ceremony, calling it "amateur" and yet another sign that Trump "doesn't know what he's doing."

Donald Trump's demand for political support from naval officers at a ceremony dedicating a new warship is further evidence that he is a complete "amateur" and "grossly inexperienced," according to retired Army Colonel Lawrence Wilkerson.

Wilkerson was responding to Trump's plea, made while dedicating the USS Gerald R. Ford, that the military audience bolster his unpopular health care bill, which would cut over $700 billion from Medicaid and strip health insurance from over 22 million people.

"Call those senators to make sure you get health care," Trump exhorted the service members in attendance.

Appearing on MSNBC's AMJoy, Wilkerson — who also served as chief of staff for former Secretary of State Colin Powell — found the explicitly political message at a military event wholly inappropriate.

As he told host Joy-Ann Reid, "This is just another indication that this man is grossly inexperienced."

"You don't tell your troops, as commander-in-chief, to do something political."

REID: Calling on troops to call their senators and support his political ideas — what do you think?

The episode is continued evidence of Trump's dangerous, authoritarian mindset in which the entire government, including the military, should stand in subservience to his ego.

For Trump, there is no "custom" or "protocol" worth adhering to in a situation like this, and no divide between the armed forces and his unpopular, failing political agenda.

History shows that this is a dangerous road to go down, and figures like Colonel Wilkerson clearly understand what Trump does not.