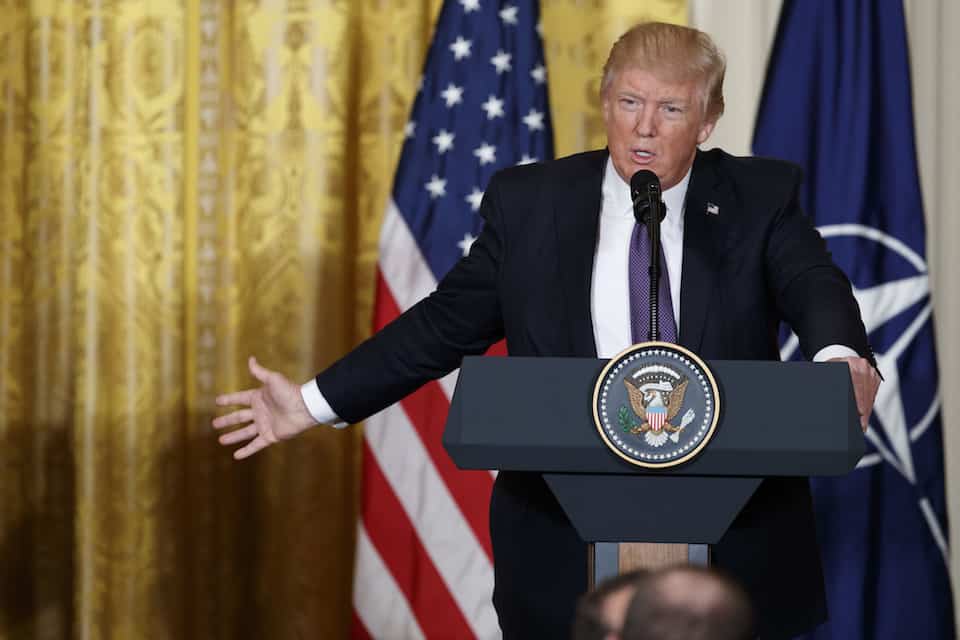 As Hawaii panicked, Trump worked on his golf game.

Retired Air Force Col. Morris Davis slammed Donald Trump on Saturday afternoon for spending his time golfing while the citizens of Hawaii were in a panic over a false missile strike alert.

"For 38 minutes American citizens in Hawaii braced for a ballistic missile strike," Davis wrote in a tweet, "and @realDonaldTrump continued his round of golf in Florida on his 120th taxpayer funded vacation day in less than a year."

Earlier on Saturday, an emergency alert notification warning of a "ballistic missile threat inbound to Hawaii" was mistakenly sent out. The alert told residents of Hawaii to "SEEK IMMEDIATE SHELTER" and reiterated, "THIS IS NOT A DRILL."

"It was a mistake made during a standard procedure at the change over of a shift, and an employee pushed the wrong button," he said.

Still, it took a full 38 minutes from the initial alert to confirm that it was a false alarm. During that time, Hawaii was in a "full state of panic," The Associated Press reported, with people frantically looking for a place to seek shelter.

According to CNBC, scores of people could be seen "running for shelter" upon receiving the alert on their phones.

All the while, Trump was playing golf, marking at least the 92nd day spent at a golf club during his presidency and the 119th day spent at a Trump property.

This terrifying moment occurred as Trump and North Korean leader Kim Jong Un have been engaged in an escalating war of words, including one recent exchange in which they compared the size of their nuclear buttons."

After today, we know what Trump will do if his tweets ever provoke a nuclear crisis  nothing.