Home National Rev. Barber on Republican desperation: “They had to go all the way...
Support progressive journalism.
Donate today 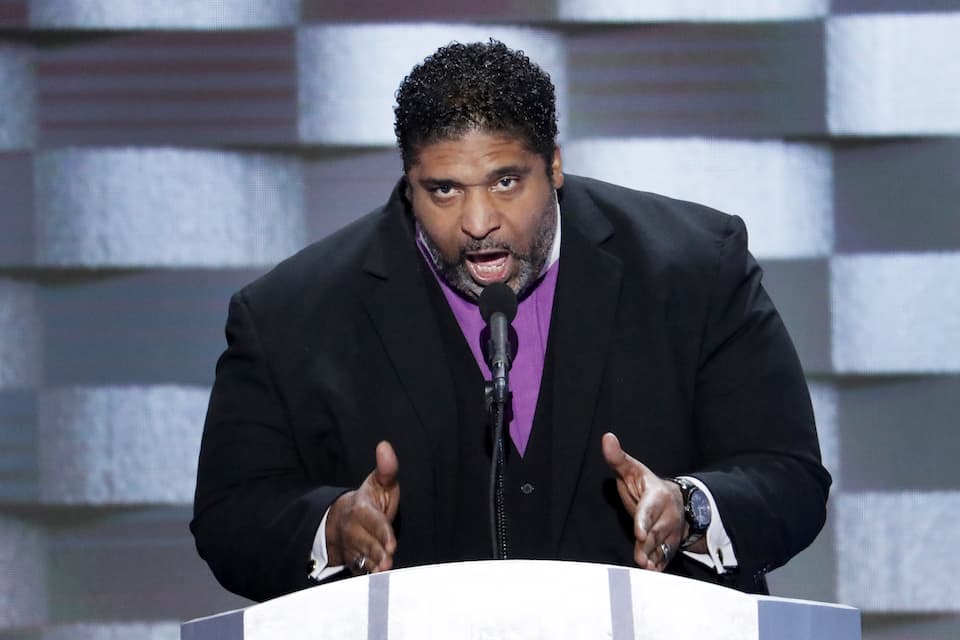 While calling for unity among progressives, Rev. William Barber highlighted that Republicans "had to go all the way to Russia" to get enough help to defeat the unity among those who believe in civil rights, love, and justice.

In a rousing speech designed to highlight the strength of progressive unity, Rev. William Barber pointed out that Republicans "had to go all the way to Russia and get help just to win."

Speaking to the United Steelworkers 2017 conference, whose theme was "the power of unity," Barber highlighted how "afraid" the right is "of our unity."

He then pointed out the right's campaign of voter suppression, the use of outside dark money, and the influence of Russian meddling on the outcome of the election.

Barber has been the mind behind the Moral Mondays movement in North Carolina, and has given a boost to the resistance to the Trump administration's attempt to repeal Obamacare. He has demonstrated an ability to deftly undermine the right's rhetoric and posturing on issues over and over again.

And he is right. A new poll shows that enthusiasm among Democrats who are fighting back against the Trump administration and the Republican agenda is a "national phenomenon" that could pose a serious threat to the GOP-controlled Congress in 2018. And if that enthusiasm continues, and those who believe in justice and civil rights, come together and stay united, as Barber has called on them to do, we can prevail.