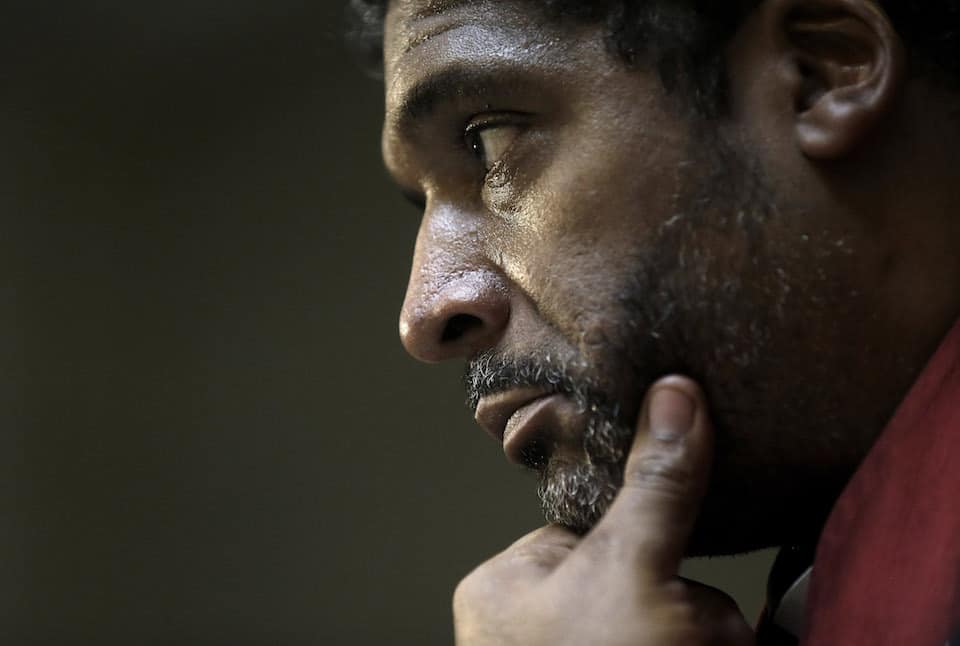 Rev. William Barber is powerfully resisting the GOP health care repeal "to raise and expose the kind of hell that poor people and disabled people and older people will go through if this kind of unjust law is passed."

The resistance needs courageous moral voices, and that is exactly what Rev. William Barber is.

His highly impactful Moral Mondays Movement in North Carolina has spread nationwide, and now he is firing his moral power at GOP health care repeal.

At a Moral Rally to Preserve Healthcare at the U.S. Capitol, Rev. Barber called it "an unmerciful act of meanness" that is "immoral" and "sin."

He also spoke to the brutal consequences of the bill, saying, "When all of this is done, thousands of people of all colors will die," a claim we unfortunately know is all too true.

"These are not souls who we as clergy can stand over and then say 'The Lord called them home,'" Barber said. "These will be people who have died because of government policy."

In a rousing closing, Barber told the crowd that they — moral dissenters — had "come to raise hell," and he made his meaning clear:

The Bible says in Isaiah 10: Woe until those who legislate evil and rob the poor of their rights. And make women and children prey. We have come to raise hell so that people can see what the Bible calls evil, abusive power when it is afflicted on the most vulnerable in society.

Nearly 51 years ago, looking at the horrors of poverty, lack of health care, militarism, Dr. King said that being the richest nation in the world, America would go to hell in her social reality if she did not address the issues of classism, racism, and militarism. The same is true today.

This bill will bring hell in the lives of people. We come by the authority of heaven. And as moral dissenters. We must not only rail it outside. We must go inside in Ryan's space with impacted persons. And we must fight. Because if we don't, the very soul of this nation will be damaged irreparably.

Rev. Barber then headed inside with numerous other faith leaders and moral dissenters to give holy books to House Speaker Paul Ryan. When they were met with Ryan's congressional staff instead, Barber proclaimed, "This is not the time for a staff person...This is not a game. This is not an exercise in futility. People will die. And we want to look him in the eye."

Moral dissenters will continue to dissent. And eventually, Paul Ryan and Donald Trump will have to face the moral consequences of what they've sowed.