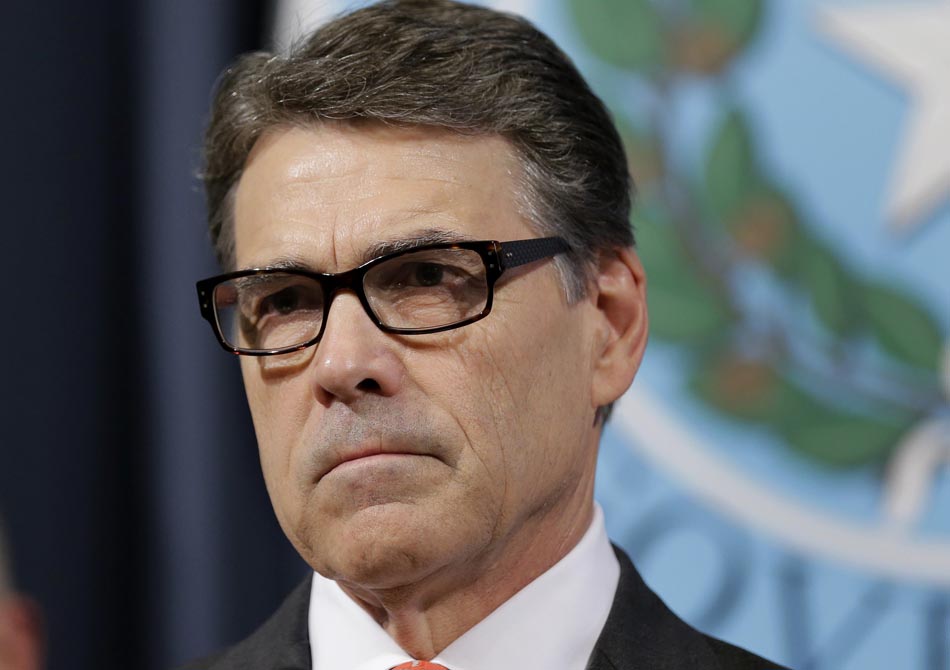 While running for president in 2012, former Texas Governor Rick Perry famously stumbled over recalling the three federal departments he wanted to eliminate. The one he could not remember was Energy. Now, he has been selected by President-elect Donald Trump to lead the department — which he is manifestly unqualified to do. Just like everyone else Trump has recruited in his bid to "reset the role of government."

During a Republican primary debate in 2011, Rick Perry tried to name three federal departments he would eliminate if elected president:

The third department he wanted to eliminate, which he could not remember, was the Department of Energy.

And now he has been nominated by Donald Trump to lead the department. The New York Times politely summarizes his lack of qualifications:

While Texas is rich in energy resources and Mr. Perry is an enthusiastic advocate of extracting them, it is not clear how that experience would translate into leading what is also a major national security agency. Despite its name, the Department of Energy plays the leading role in designing nuclear weapons and in ensuring the safety and reliability of the nation’s aging nuclear arsenal through a constellation of scientific laboratories.

About 60 percent of the Energy Department’s budget is devoted to managing the National Nuclear Security Administration, which defines its mission as enhancing national security through the military application of nuclear science.

The Times goes on to note that the "two men who served as President Obama’s energy secretaries were physicists, one with a Nobel Prize, the other a professor at the Massachusetts Institute of Technology," while Perry "holds a bachelor’s degree in animal science from Texas A&M University."

Perry's chief qualification appears to be that he wanted to eliminate the department altogether.

Perry joins a list of nominees who are unprecedentedly unqualified for the positions for which they have been chosen. The only prerequisites seem to be a willingness to work for Donald Trump and agreement with the notion that the federal government needs to be irreparably broken.

In an interview following a meeting with Trump, Carly Fiorina, who is reportedly being considered to be Director of National Intelligence despite her identical dearth of fitness, said of her conversation with Trump:

We talked about the opportunity that the President-elect has to literally reset things, to reset the trajectory of this economy, to reset the role of government, to reset America's role in the world and how we're perceived in the world.

Trump is entering office with extremely low favorability ratings of both himself and his Cabinet choices. He lost the popular vote by 2.8 million votes. He has the opposite of a mandate.

And yet he is fixing to "reset the role of government" and the entire trajectory of the nation, enlisting in this cause people who will, via intent or neglect, annihilate the well-established norms and practices of federal government agencies overseeing nearly every aspect of modern American life.

This is troubling. It is alarming. And it is not normal.