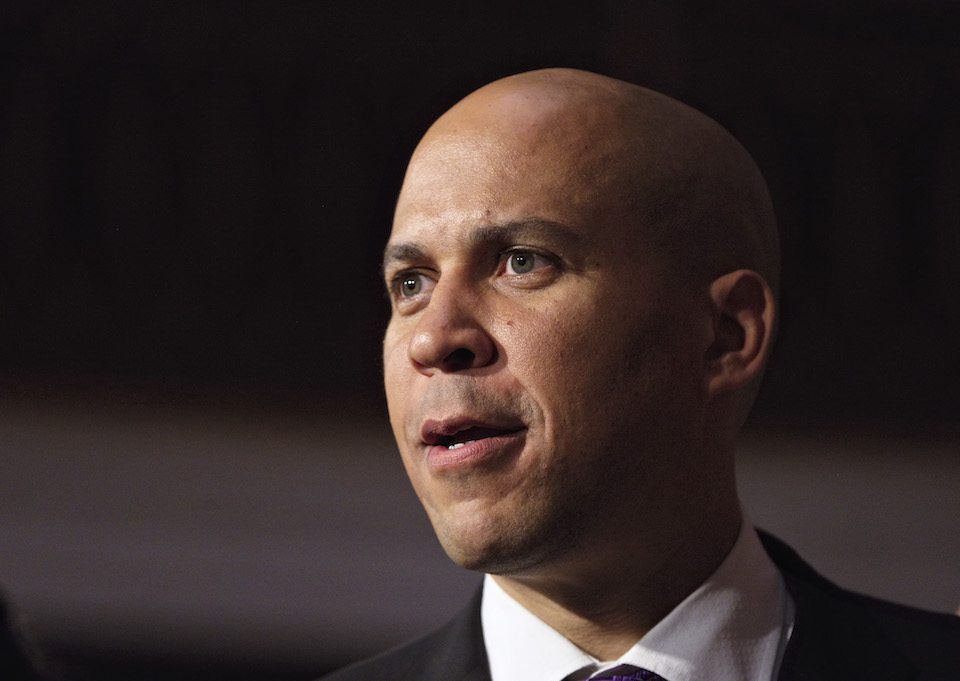 The RNC unleashed a petty and racist attack on Sen. Cory Booker, and tried to hijack feminism in the process. But all it did was make the party look pathetic  and make Booker look awesome.

New Jersey Democratic Sen. Cory Booker is well-known for being a powerful speaker and a passionate advocate for the causes in which he believes.

And the Republican National Committee just gave a surely unintended boost to that positive reputation.

During Tuesday's Senate Judiciary Committee oversight hearing of the Department of Homeland Security, Booker vehemently called out Homeland Security Secretary Kirstjen Nielsen for her weak and dismissive response to Donald Trump's racist outburst against Haiti, El Salvador, and the entire continent of Africa.

"Your silence and your amnesia is complicity," Booker told Nielsen when she claimed that she couldn't remember Trump's crude words.

"Ive got a president of the United States, whose office I respect, who talks about the countries of origin of my fellow citizens in the most despicable of manner," Booker continued. "You dont remember, you cant remember the words of your commander in chief? I find that unacceptable."

Booker's words were a deserved admonishment for Nielsen, and he was well within his rights as a member of Congress, and a citizen of this nation, to call out her unwillingness to stand up to Trump's racism.

But, unsurprisingly, the RNC saw nothing more than an angry black man being mean to the nice white Republican lady.

Indeed, the party even attempted to use its vapid understanding of feminism to make the point.

It didn't work. Instead, it simply invited even more people to see how awesome Booker is  and how horrible the GOP's own party and ideology are.

Using the Trumpian nickname "Derogatory Cory," the RNC sent out a press release and even set up a web page fervently trying to attack Booker, complete with screenshots of him mid-speech with his hands raised, brow furrowed, and mouth open.

"Picture it," the site reads. "A male Republican senator spends his entire 10 minutes 'mansplaining' the female DHS secretary about immigration policy, throws around the term 'conscientious stupidity,' yells at her the only time she tries to speak, and concludes his diatribe without even asking her to respond."

It goes on to snidely note how many "triggered Democrats" and hashtags there would be in that role reversal, slamming Booker for "performing" for the "selectively-outraged base."

And it ends, infuriatingly, with, "Nevertheless, she persisted."

What Booker did was not "mansplaining"  he was simply and accurately pointing out Nielsen's apparent dearth of knowledge or concern for those at the center of the immigration debate. Nielsen herself admitted she has not even met with a single DREAMer.

And it is telling that the GOP sees Booker's emotional response as a performance, since it is apparently exceedingly difficult for many in the Republican Party to grasp the concept of caring about immigrants' lives.

No one is buying the nonsense the GOP is trying to sell. All the effort did was draw even more people to watch Booker's righteous speech, and to witness Nielsen's pathetic response.