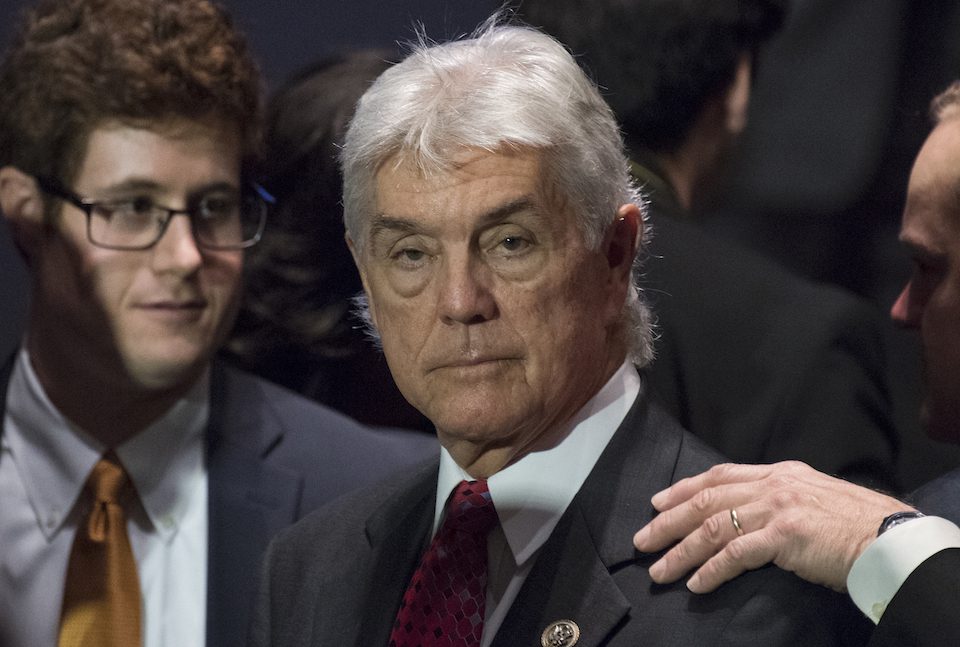 Texas Rep. Roger Williams made repeated use of the dog-whistle term in describing the majority-minority state capital.

A Texas Republican congressman complained on Thursday that Austin is "becoming an inner city."

In an interview with a local radio station, Rep. Roger Williams was asked about Republican Gov. Greg Abbott's scheme to strip cities that defund the police of some of their taxation authority.

Williams embraced the idea, before delivering an attack on the state's capital city.

Williams' office did not immediately respond to an inquiry for this story.

The term "inner city" has become a dog-whistle euphemism for an area with a substantial poor, nonwhite population. Northwestern University communications professor Ryan Lauth told CNN in 2016 that the term evokes images of the "white flight" from urban areas to suburbs in a deliberate strategy to scare rural and suburban voters. White residents leaving cities to avoid living side by side with nonwhite people has been a major cause of American segregation dating back decades.

In recent years, Austin has become significantly less white, according to a demographics assessment on its official website: "The City of Austin has now crossed the threshold of becoming a Majority-Minority city. Put another way, no ethnic or demographic group exists as a majority of the City's population. The City's Anglo (non-Hispanic White) share of total population has dropped below 50% (which probably occurred sometime during 2005) and will stay there for the foreseeable future."

This is not the first offensive remark Williams has made. In 2011, he ran a campaign ad comparing welfare recipients to donkeys. He complained in the spot that a group of actual donkeys only wanted "more shelter, more feed" and "a handout." Williams then told viewers: "They keep thinking that Obama is going to take care of them, Obama is going to feed them," complaining, "These donkeys don't live in the United States of France!"