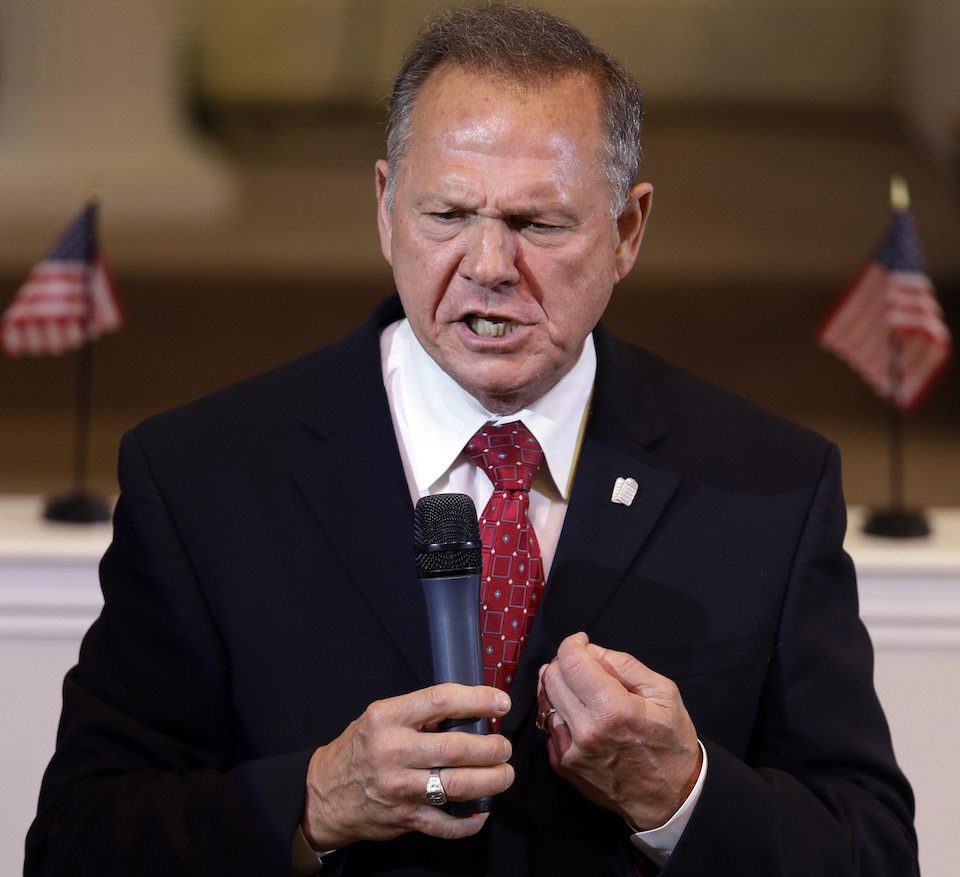 Roy Moore already morally disqualified himself from becoming a U.S. senator with the revelation that he allegedly stalked and sexually abused teenage girls.

But there are many more chapters in his life that have received far less attention — including the fact that he is apparently opposed to basic civil rights for women.

According to a report by ThinkProgress, an academic course he coauthored in 2011 entitled “Law and Government: An Introductory Study Course” argued that the Bible defines the “ideal” women as staying in the home — and forbids women from participation in politics entirely.

The course, which Moore developed along with Doug Phillips — the leader of the now-defunct, far-right Vision Forum and an expert on “biblical patriarchy” — spoke critically of women’s suffrage:

By and large, the issue of the female magistrate ruling in authority in America would not have been anywhere near as controversial. The controversy was beginning to brew with the women’s suffrage movement.

The lectures in the course went on to say that women are not qualified to be in political office at all:

She’s not a warrior. She’s not a judge. She’s a woman. Created by God. Glorious in her place and in her conduct and in her role. Nothing is said in scripture that supports the notion that she is qualified or called to be a civil magistrate.

Incidentally, Moore’s co-author Phillips was sued by a woman who detailed “an emotionally, psychologically, and sexually abusive relationship that started when she was just 15 years old.” Predation on teenage girls appears to pop up frequently in Moore’s inner circle.

Every new detail that emerges about Moore’s life and beliefs renders the prospect of him holding a seat in the U.S. Senate ever more horrifying — and makes it even more important for Alabama voters to stand up and reject him.