Home National Rubio in 2016: 'Can this country afford to have a president under...
Support progressive journalism.
Donate today 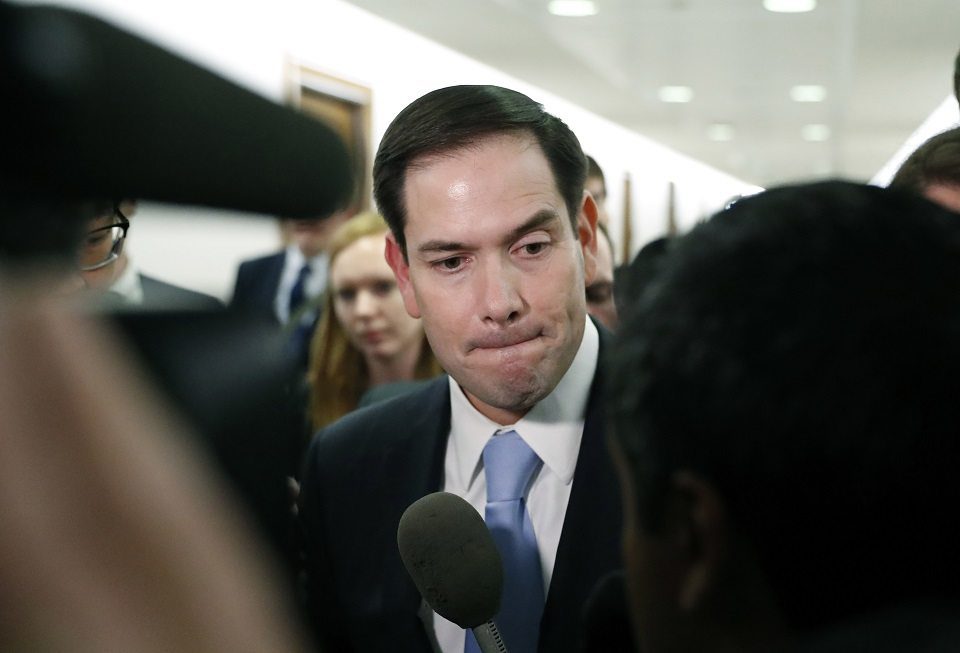 Senator Marco Rubio said America cannot operate with a president under FBI investigation, and that it would be "trauma" for America. Now that we know that Donald Trump and his team are being investigated by the FBI, what will Rubio do?

During the presidential campaign, Senator Marco Rubio (R-FL) said that America cannot operate with a president under FBI investigation, and that to do so would be "trauma" for America.

Uttering those words exactly a week before the 2016 election, Rubio was referring to Hillary Clinton and the controversy over emails. He was more than willing to echo the Trump campaign's message even as the FBI had cleared her of wrongdoing.

MARCO: And obviously we all understand the importance of this presidential race. I would just ask everybody this:  Can this country afford to have a president under investigation by the FBI?

RUBIO: Think of the trauma that this would do to this country.

Now, as Rubio continues to back the Trump administration (after previously saying Trump could not be trusted with the nuclear codes), we learned from the FBI director that it is Trump and his team who are under investigation.

Will Rubio stand up to his own party and its leader, sticking with his words from a few months ago? Or will he do what he has done with alarming frequency: Buckle under the pressure, fold, allow America to go through "trauma," and be a good soldier for the man who derided him as "little Marco"?