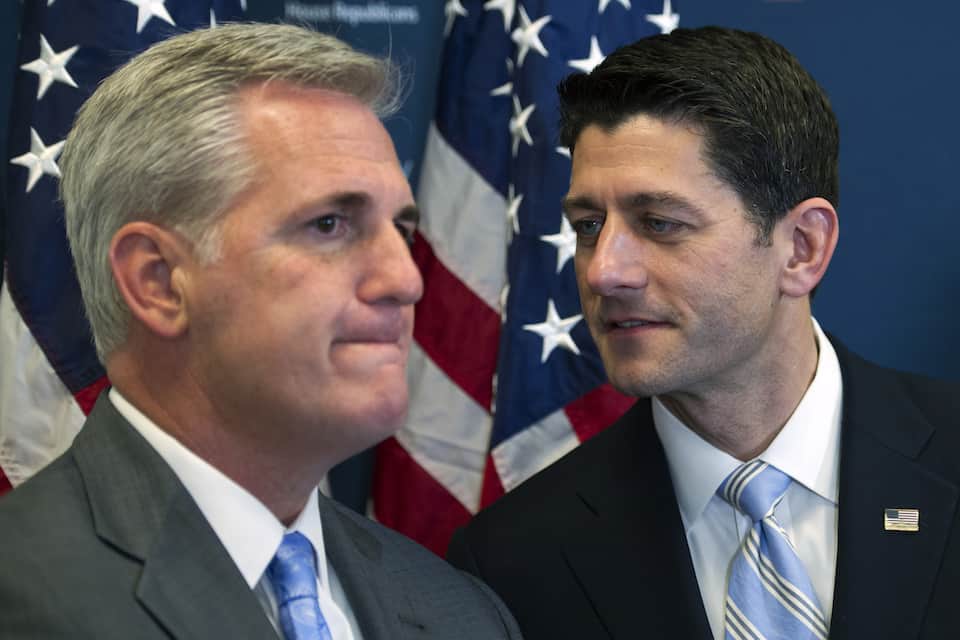 Recordings have emerged of House Republican leadership discussing possible payments from Russia to Donald Trump. Months after this discussion, the GOP used emails stolen by Russian hackers to help retain a Republican majority and keep Paul Ryan in his role as House Speaker.

The Washington Post uncovered an audio recording of House Majority Leader Kevin McCarthy (R-CA) discussing the possibility that Donald Trump had been paid off by the Russian government.

When asked by the Post, press representatives for McCarthy and Ryan initially denied that the conversation took place. But when they realized it had been recorded, they changed their tune.

The conversation came a day after it was reported that Russian hackers had broken into email servers at the Democratic National Committee.

Months later, Ryan and fellow House Republicans received a boost from those stolen emails. The New York Times reported that a super PAC connected to Ryan, the Congressional Leadership Fund, used the contents of the emails in an ad attacking New Mexico Democratic candidate Joe Garcia.

The National Republican Campaign Committee (NRCC) also used the contents of the hacked emails to bolster their efforts to keep the Republican majority and Ryan in place as Speaker.

Not every Republican chose to use this material. Unlike the NRCC and the Ryan-connected super PAC, Rep. Ryan Costello (R-PA) deemed using such material unsuitable. A consultant on Costello's campaign told the Times, "We believed it was neither necessary nor appropriate to use information from a possible foreign source to influence the election."

But Ryan and the rest of his House leadership team were happy to, as they went from discussing the negatives of Trump's Russia connections to using material stolen by Russia to win elections, within months.

Now, as Trump's problems become a constitutional crisis, Ryan has announced he is all-in. It's an avalanche of bad judgment.