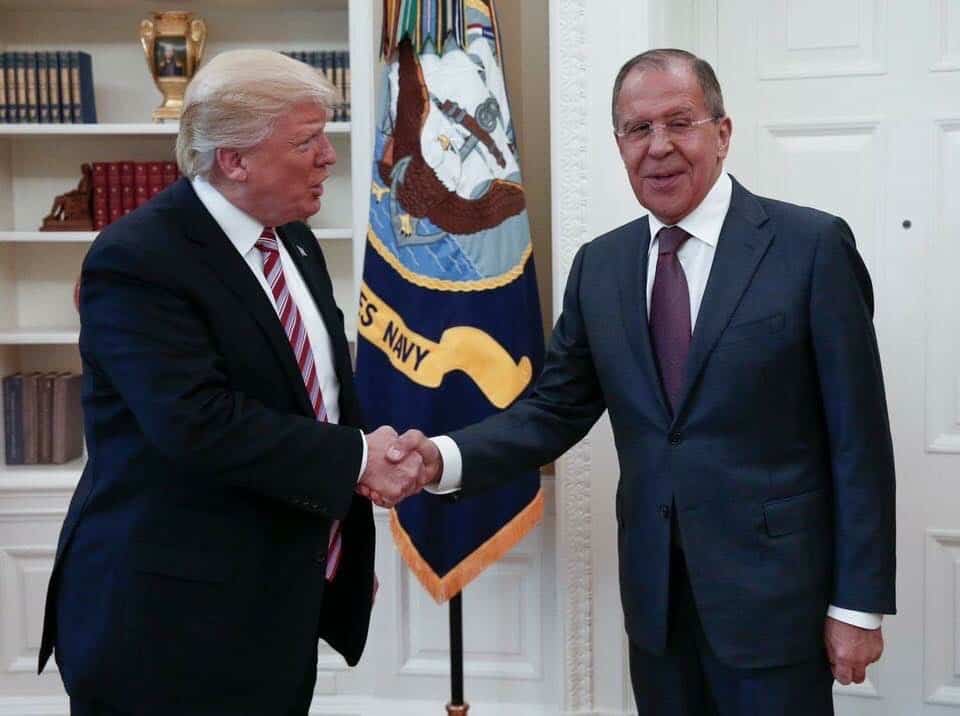 Russia is not being subtle about its power over Donald Trump.

Russian media mercilessly mocked Trump's weakness after his meeting with Vladimir Putin at the G20 summit. Russian officials quickly released their version of the meeting before the United States had a chance to offer its spin — not that the U.S. version was much different.

And now Russia appears to have issued a not-so-subtle threat about further humiliating Trump if the U.S. does not comply with Russia's policy demands.

In an interview with NBC News, Russian Foreign Minister Sergey Lavrov suggested that in addition to the previously undisclosed meeting between Trump and Putin, there might be even more secret meetings between the two world leaders that have yet to be revealed.

"They might have met even much more than just three times," he said, and then added, "Maybe they went to the toilet together."

Russia has already issued unequivocal demands for return of its spy compounds in Maryland in New York — which were seized in retaliation for Russia's interference in the 2016 election — with no strings attached.

Lavrov described the seizure as "straightforward robbery," and hinted at other demands Russia wants from the United States.

On the subject of North Korea, for example, Lavrov contradicted the United States' claim that a missile test earlier this month was an intercontinental weapon and said, "We do not believe in regime change anywhere."

While the U.S. has stopped short of calling for regime change thus far, it certainly seems to be heading in that director. CIA Director Mike Pompeo said, "As for the regime, I am hopeful we will find a way to separate that regime from this system," adding, "The North Korean people I'm sure are lovely people and would love to see him go."

Lavrov also called America's presence in Syria "illegitimate." This is after the Trump administration already gave in to a prior demand of Russia's that it terminate the CIA's program to arm anti-Assad rebels. A former White House official said that ending the program "without getting anything in return would be foolish.”

And yet it appears that's exactly what Trump decided to do.

Just six months into his presidency, Trump has made his eagerness to appease Russia abundantly clear. And it seems that Russian officials know they can get what they want from him. Warning that they could further humiliate him if they don't get their way is a horrifying reminder of just how much control Russia has over the president of the United States.