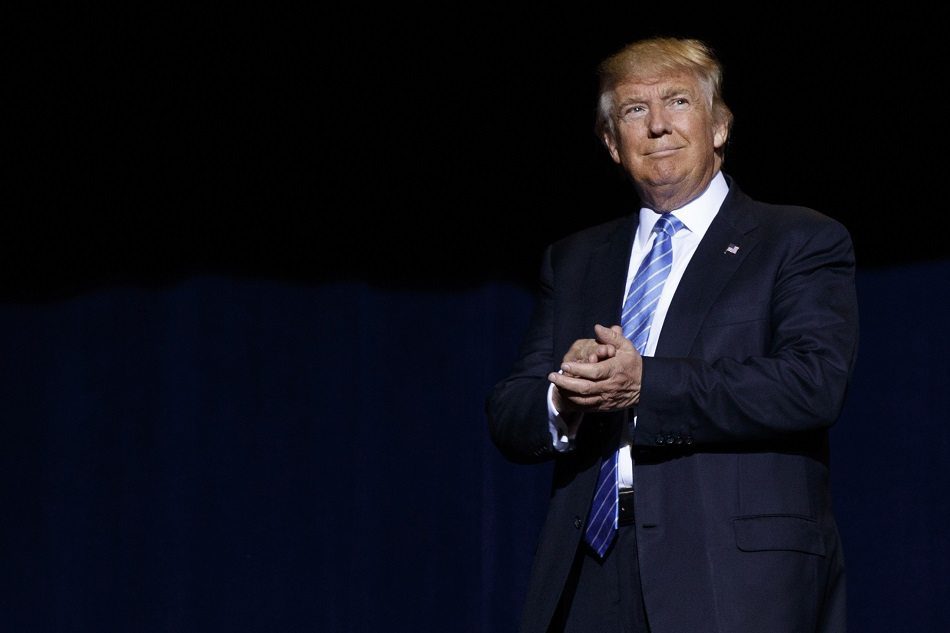 Donald Trump asked Russians to hack our election, and they did — in 39 states.

When Donald Trump asked Russia to hack our presidential election, Russia was listening.

A new and devastating report from Bloomberg reveals that Russia launched vicious cyberattacks on voter databases and voting software in 39 states, far more than had previously been known. In Illinois, Bloomberg reports, "investigators found evidence that cyber intruders tried to delete or alter voter data."

While it appears that hackers were unable to alter the information in those databases, that does not mean Russia will stop trying — and may indeed be successful in future elections. As former FBI Director James Comey warned during his Senate testimony, Russia is "coming after America."

And, as Comey also frighteningly said, Donald Trump has shown no interest or concern about it. Comey said he did not "remember any conversations with the president about the Russia election interference."

The very critical question, as House Minority Leader Nancy Pelosi asked after Comey's testimony, is, "What do the Russians have on Donald Trump?"

During the election, Trump repeatedly defended Russia. He hasn't changed his tone since taking office. He has instead praised Russia,  insisted that he wants to improve the United State's relationship with the country that tried to hack our democracy, and even attacked Democrats while seemingly defending Russia.

While cozying up with Russia — which a majority of Americans are concerned about and think he is "too friendly" with Russia — he has continued to offend and alienate our allies. Trump leaked Israel's highly classified information to top Russian officials during a meeting in the Oval Office in May, a move he defended and for which his administration has refused to apologize.

The New York Times reported this week that during Trump's meeting, he even revealed that Israeli "cyberoperators" had successfully infiltrated an ISIS cell of bomb makers in Syria. That valuable information potentially risked the lives of Israeli spies, and yet the Trump insisted he had every right to share that information with Russia.

Trump has also sought to lift sanctions that were placed on Russia specifically because of its meddling in the 2016 election. While Trump makes threats against our allies — during his recent trip to Europe, he threatened to ban Germany from importing its cars into America — he has not a single bad word to say about the country that tried to hack our democracy.

As former CIA Director John Brennan said in a powerful statement to the House Intelligence Committee in May:

Our ability to choose our elected leaders as we see fit is, I believe, an inalienable right that we must protect with all of our resources and all of our authority and power.

And the fact that the Russians tried to influence that election so that the will of the American people was not going to be realized by that election, I find outrageous and something that we need to, with every last ounce of devotion to this country, resist. And to try to act to prevent further instances of that.

And so, therefore, I believe that this is something that’s critically important to every American. Certainly it’s very important to me, for my children and grandchildren, to make sure that never again will a foreign country try to influence and interfere in the foundation stone of this country, which is electing our democratic leaders.

Sadly, protecting the "foundation stone of this country" is something neither Trump nor his fellow Republicans appear interested in doing. Bloomberg also notes that last August, when intelligence agencies has evidence of Russia's cyberattacks on state election systems, Republicans "balked" at the Obama administration's attempt to designate those systems as "national critical infrastructure."

Republicans subsequently agreed — after Trump won the White House and Republicans maintained control of Congress. Prior to the election, however, Republicans in Congress who were informed of Russia's cyberattacks resisted the administration's request for a serious and bipartisan response.

In fact, the Washington Post reported, Senate Majority Leader Mitch McConnell "raised doubts about the underlying intelligence and made clear to the administration that he would consider any effort by the White House to challenge the Russians publicly an act of partisan politics."

A hostile foreign government tried to hack our election and install Donald Trump in the White House. It weaponized social media and used cyberattacks against our election systems. And nothing has changed. Russia is still trying to hack our systems and influence the elections of our allies.

And unless Trump and his fellow Republicans finally put country before party and take this threat seriously, our very democracy will be in grave danger.