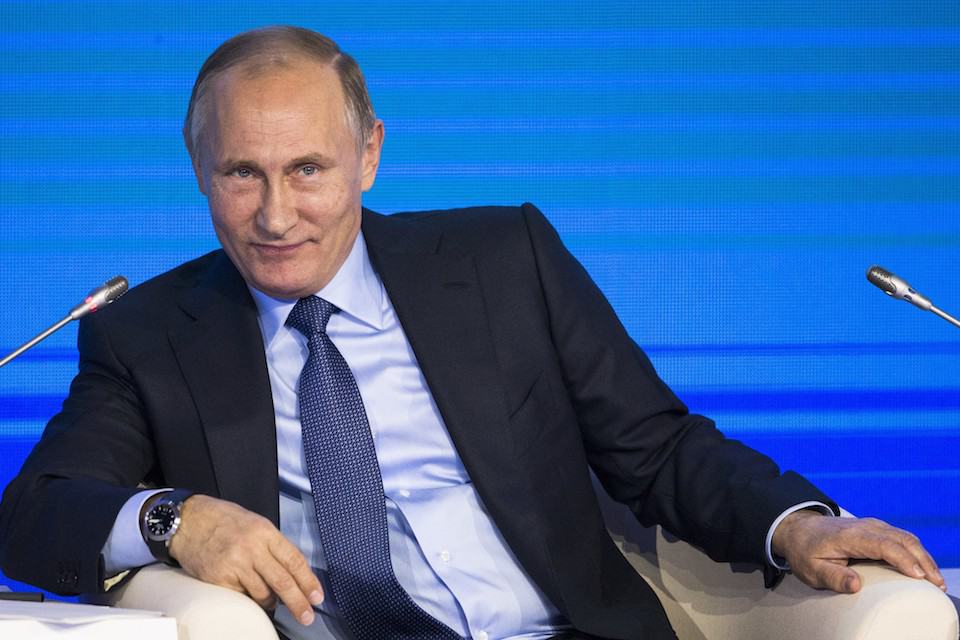 In his annual public address before the nation, Russian President Vladimir Putin proclaimed that America's global influence has come to end — a development he attributed in large part to Trump's presidency.

Speaking about the position of the U.S. on the global stage, Putin celebrated the waning influence of what he described as America's "monopoly" on power, saying it would give Russia the ability to exert more influence in the world.

"Empires often think they can make some little mistakes. Because they’re so powerful," Putin said, according to the Financial Times. "But when the number of these mistakes keeps growing, it reaches a level they cannot sustain."

He admonished the U.S. for having a "sense of impunity," saying, "This is the result of the monopoly from a unipolar world."

"Luckily this monopoly is disappearing," he added. "It’s almost done."

And Russia's time has come, he said, claiming that America's downfall meant that Russia had an opportunity to establish itself as a major player on the global stage.

As the Financial Times described, "Putin continually returned to the idea that US hegemony was the cause of many global ills — but that its twilight offered opportunities for Russia and its friends."

Putin also noted that since Trump took office, punitive actions in response to Russian aggression in Ukraine and Syria had lessened in severity and were no longer having the impact they once did.

While Putin's remarks were clearly designed to bolster Russia's national image, much of what he said is, unfortunately, true.

Under Trump's leadership, global opinions of the U.S. have soured and ratings of America have plummeted around the world. Within a year of Trump taking office, global approval of U.S. leadership had already plunged 18 points, with more people approving of China's leadership than America's.

It's not hard to see why, either. Trump has consistently failed to stand up for American values, choosing instead to take positions that are more in line with dictatorships and rogue nations than democracies. At the same time, he has made a habit of cozying up to actual dictators like Putin, Kim Jong Un, and most recently, the brutally oppressive Saudi royal family.

No one could happier about all of this Putin, and it's never been clearer than it is now.
Published with permission of The American Independent Foundation.