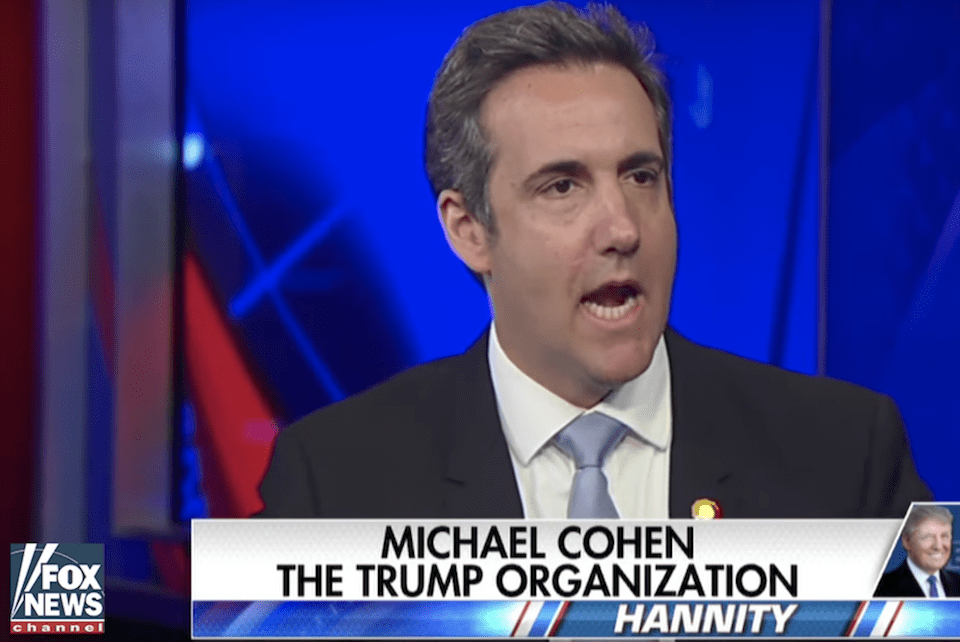 Michael Cohen, Donald Trump's personal lawyer and one of his most enthusiastic supporters, has now been caught up in the congressional investigation of the Trump campaign's ties to Russia. Cohen is refusing to cooperate with the investigation.

ABC reports that investigators from the House and Senate have asked Cohen to provide evidence and testimony about contacts he had with people connected to the Russian government. Cohen has refused, and told ABC, "I declined the invitation to participate, as the request was poorly phrased, overly broad and not capable of being answered."

After Cohen's refusal, the Senate Select Intelligence Committee voted unanimously to give the chairman and ranking member, Sens. Richard Burr (R-NC) and Mark Warner (D-VA), the power to issue subpoenas.

Previous reporting from law enforcement sources indicated that Cohen is also under scrutiny by the FBI investigation into the affair.

Cohen is now the second notable member of Trump's personal inner circle to be swept up in the web of investigations. His son-in-law, Jared Kushner, is a person of interest in the FBI probe of Russian collusion.

Cohen is not merely an attorney for Trump. Often described as Trump's "pit bull," he has been a part of the Trump Organization for years, facilitating Trump's needs and aggressively defending his public image. In that capacity, Cohen has shown no hesitation about making strange and absurd statements that certainly go beyond the scope of a typical attorney's representation of a client.

For example, he previously told ABC News, "If somebody does something Mr. Trump doesn't like, I do everything in my power to resolve it to Mr. Trump's benefit." He added, "If you do something wrong, I'm going to come at you, grab you by the neck and I'm not going to let you go until I'm finished."

When allegations surfaced that Trump had raped his first wife, Ivana, Cohen publicly defended Trump by asserting that "you can’t rape your spouse."

During the 2016 election, when every poll showed Trump trailing in the presidential race, Cohen challenged a reporter for noting it, screaming "Says who?" multiple times during a CNN appearance.

He has engaged in extensive cheerleading on Trump's behalf. In 2011, while working for him, he put up the website "Should Trump Run?" urging Trump to run for president. His Twitter feed breaks out the pom-poms for Trump, praising him for things like firing former FBI Director James Comey, while also posting pro-Trump memes and hailing his decision to bomb Afghanistan.

Cohen also has several ties to the Russian region. He worked on a deal involving a Trump-branded tower in the republic of Georgia, and his wife is from Ukraine.

Cohen also acted as the go-between, ferrying a pro-Russian "peace plan" between a Ukranian lawmaker and Trump earlier this year.

The net of the Russia investigation continues to entangle those closest to Trump, including his longtime advisers, friends, and family. That Trump's personal lawyer is now critical to the investigation — and refusing to participate in it — further destroys Trump's repeated insistence that the probe is "fake news" or that he had no connection to what occurred.