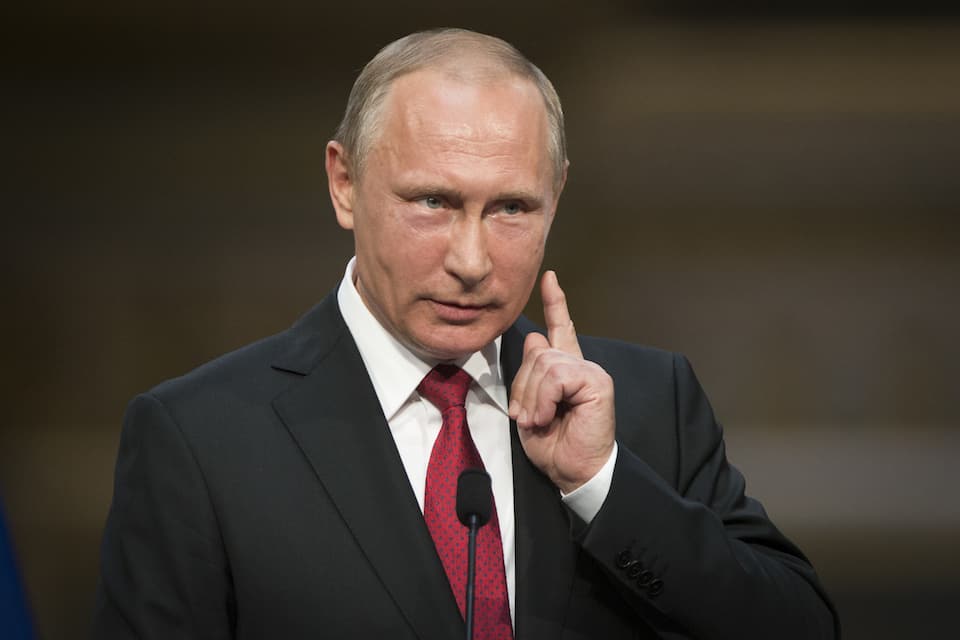 (AP Photo/Alexander Zemlianichenko)
Get The American Independent in your inbox

Casting Putin as the day's big star, Russia media is mocking Trump and portraying him as pathetically weak.

The White House might be hoping that Donald Trump’s meeting with Russian President Vladimir Putin will produce glowing press coverage at home. Indeed, the cable news coverage seemed very impressed that the 30-minute scheduled meeting stretched into a one that ran more than two hours between the two leaders.

But in Moscow, the Russian media isn’t being so nice to Trump. Outlets framed the summit as an at-times awkward G20 event for the U.S. president, who was portrayed as not quite being Putin’s equal.

The Russian media message Friday seemed to revolve around the idea that Russia and the United States could be great partners — if Putin deems it worthwhile.

When the G20 leaders met for their annual group photo, Russia’s RT made sure to belittle Trump’s placement, highlighting how he wasn’t featured front-and-center the way President Barack Obama had been in previous years.

Not so close? #Trump further from center than predecessor #Obama for #G20 family photo https://t.co/SXpQUDTouL pic.twitter.com/siOW8gTEHi

Meanwhile, Russian dissident Garry Kasparov noted that this image of Trump offering his handshake to Putin while the Russian president seemed to ponder the request had quickly spread throughout  Russian media.

This photo already everywhere in Russian media (as was a similar one with Obama). Putin knows how to play this game. Trump reaching to him. pic.twitter.com/3Hn4DQUpLy

Note that it was Russian media that was first with the backstage video clip of Trump warmly patting Putin on the back, clearly positioning him as the more powerful of the two players.

Meanwhile, Russia’s Sputnik stressed that Trump badly wanted to avoid conflict with Putin during his visit, portraying Trump as the lesser of the two leaders, and the one in search of Putin’s blessing.

The White House might have been hoping that Trump would come out of his meeting with Putin looking like the tough-talking master negotiator he claims to be, but the Russian media is doing a far better job of spinning the meeting in Putin's favor.