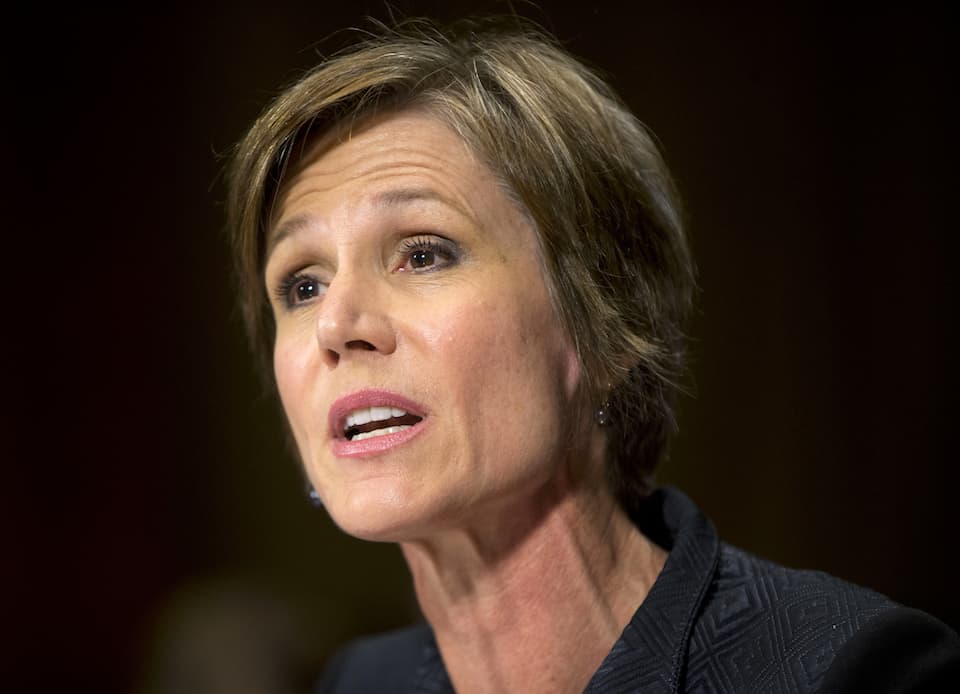 The House Intel Committee has invited former Acting Attorney General Sally Yates and several other high level figures to testify at hearings about the Trump team's involvement with Russia. The White House's earlier attempts to block Yates from testifying are proving futile.

In March, the White House attempted to block Yates from testifying by exerting executive privilege. However, Yates did not back down, and in the face of public outcry in response to the cover-up efforts, it appears the White House has backed off its attempts to prevent her testimony.

The Committee's press release notes that FBI Director James Comey and National Security Advisor Admiral Mike Rogers were invited to testify behind closed doors on May 2nd, while former CIA Director John Brennan, former Director of National Intelligence James Clapper, and Yates were invited to appear at a public hearing to be scheduled at a later date: These will be the first hearings held by the House Intel Committee on Russian active measures since Republican Representative Devin Nunes was forced to step aside from his position as chair of the investigation in the wake of the scandal regarding his interactions with the Trump White House. Nunes' replacement, GOP Representative Trey Gowdy, has previously threatened to hide all such investigations from the public, so the scheduling of a public hearing is particularly notable and lauditory.

Nonetheless, the troubling consistency with which the majority of Republican lawmakers put party ahead of country reinforces the need for an independent, non-partisan investigatory body to investigate the web of ties between the Trump team and Russia.