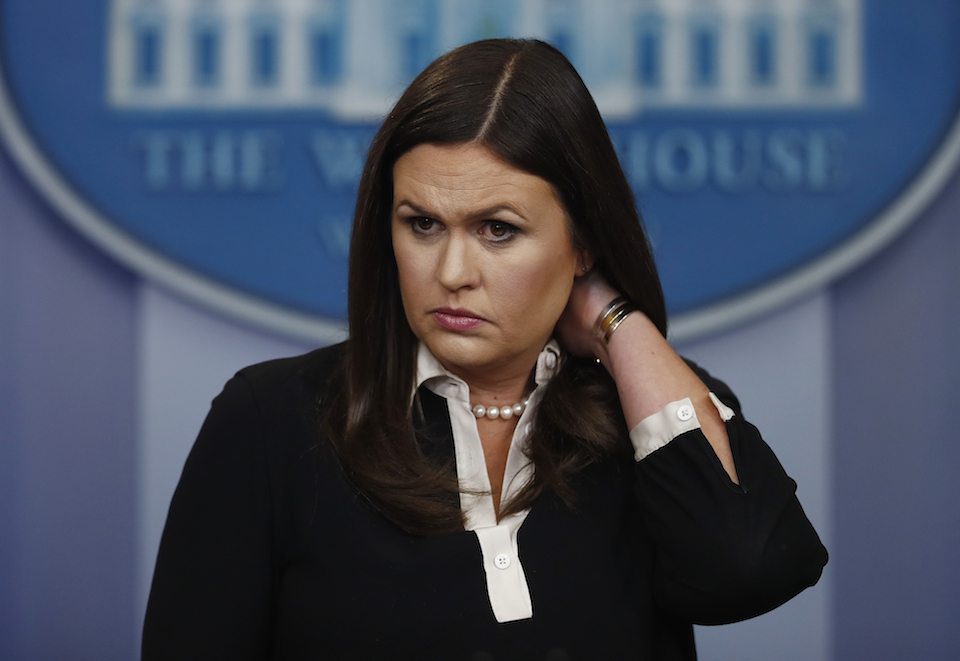 Add another lie to the long list of lies from Sarah Sanders. This time, on Donald Trump's confusion about FISA.

Following in the dubious footsteps of Sean Spicer, Sarah Sanders continues to lie to Americans (and the world) from her perch as White House press secretary.

Sanders was asked about a haphazard series of tweets Donald Trump wrote about FISA, the act that lays out how and when the government can conduct surveillance, balancing the desire to fight crime and terrorism with individual privacy. Trump suggested the act should not be reauthorized, completely undermining the position of his party and a memo issued under his name that it should be reauthorized.

His tweet caused a great deal of confusion throughout Washington. But when NBC's Hallie Jackson asked about that confusion and how people are supposed to trust what Trump's positions actually are, Sanders snapped, I think that the premise of your question is completely ridiculous and shows the lack of knowledge that you have on this process.

As it turns out, Jackson has significantly greater knowledge about the topic than either Sanders or Trump.

According to the Washington Post, House Speaker Paul Ryan was also confused by Trump's tweet and "spent 30 minutes on the phone with the president explaining the differences between domestic and foreign surveillance, as many fellow Republicans reacted in disbelief and befuddlement."

Chief of staff John Kelly also had to explain to Trump why his tweet was wrong and what his position was supposed to be.

It was only after receiving a tutorial from a non-Fox News source that Trump sent out a second tweet on FISA, contradicting his first tweet.

It is easy to understand why reporters were confused.

Republican members of Congress, in the 101-minute gap between Trump's tweets, were described as "confused" and reacting with "anxiety" and "palpable consternation."

Yet when Sanders was asked about that confusion, she insisted to Jackson, "It wasnt confusing to me, Im sorry if it was for you."

The Trump administration's attack on the press, and even individual reporters, has been a concern since day one for those who value the First Amendment. But to insult a reporter for asking a widely asked question, when that same question was also raising great concern inside the White House, shows a truly shocking disdain this administration has for the free press.