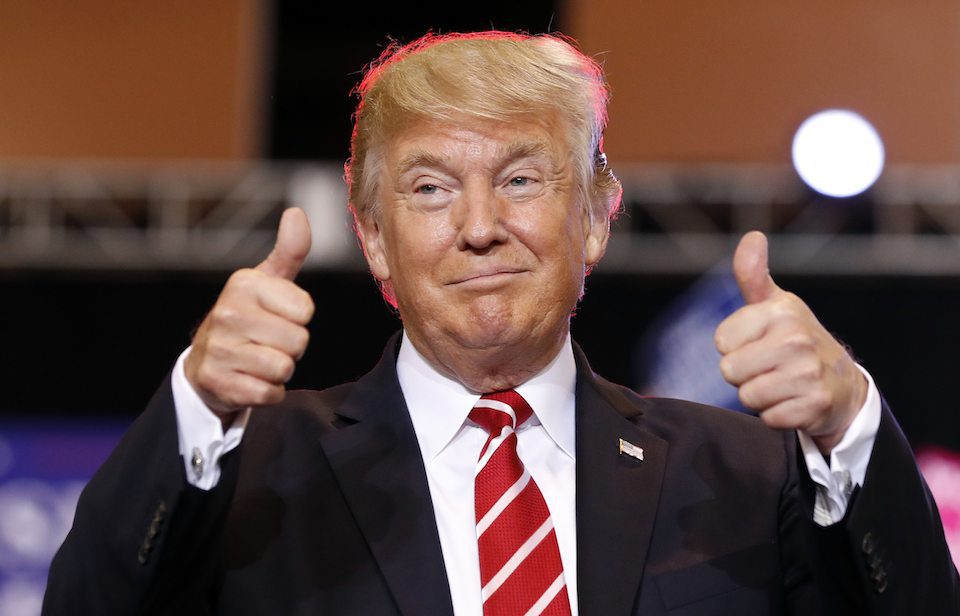 Saudi Arabia buttered up Donald Trump during his visit there, giving him a gift of artwork of his favorite person — himself — in a move clearly designed to appeal to his significant ego and self-image.

History has shown that the way to Donald Trump's heart is through a direct appeal to his considerable ego, a fact proved once again as gifts given from Saudi Arabia to Trump have been revealed.

When Trump visited that country earlier in the year, newly released documents indicate that he was showered with gifts by the oil-rich, socially repressive Middle Eastern kingdom. Trump received at least 83 separate gifts.

Including one item listed on the manifest as "Artwork featuring picture of President Trump."

Trump loves photos and paintings of himself. He once purchased a 6-foot tall portrait of himself, using $20,000 of the money donated to a charitable foundation to do so. It was reportedly put on display at his golf club in New York.

At Mar-a-Lago, his Florida resort and vacation home, there is another painting of Trump, dressed in a tennis sweater. At that location, the Trump portrait hangs over a bar.

Trump also had a fake Time magazine cover made, which was hung in various Trump properties. When the "Morning Joe" crew mocked him for creating his own fake news, he infamously lashed out by attacking them with his Twitter account.

In addition to the Trump painting, the Saudi government also gave Trump swords, daggers, ammunition holsters, tiger and cheetah fur robes, and a dagger made of pure silver held in a mother of pearl sheath. He was also given "large canvas artwork depicting [a] Saudi woman."

Trump must have enjoyed his presents, because on the same trip, he was bowing and curtsying before the Saudi leadership — who repeatedly called him "your excellency" in another sop to his ego. The display was a repudiation of his campaign rhetoric, when he claimed he would exert dominance over foreign powers.

He also reversed a policy under President Barack Obama and made an arms deal with Saudi Arabia worth $350 billion over the next decade.

Perhaps the Saudis did their homework and were aware that Trump once called newspapers under a phony name, John Barron, in order to "leak" information about himself and generate favorable press coverage. Certainly their generous gifts and effusive praise did not hurt their efforts to obtain their desired weapons deal.

Trump is a man who has both his White House team and the Republican National Committee feverishly at work every day compiling a dossier with positive news about him. He responds well to flattery, something Saudi Arabia certainly seems to understand and is willing to offer in exchange for influence and favors.

That's how domestic influence peddlers have worked with Trump, using the hotel with his name plastered all over it. Appealing to his ego seems to be effective at the international level, as well, though perhaps even more crass.