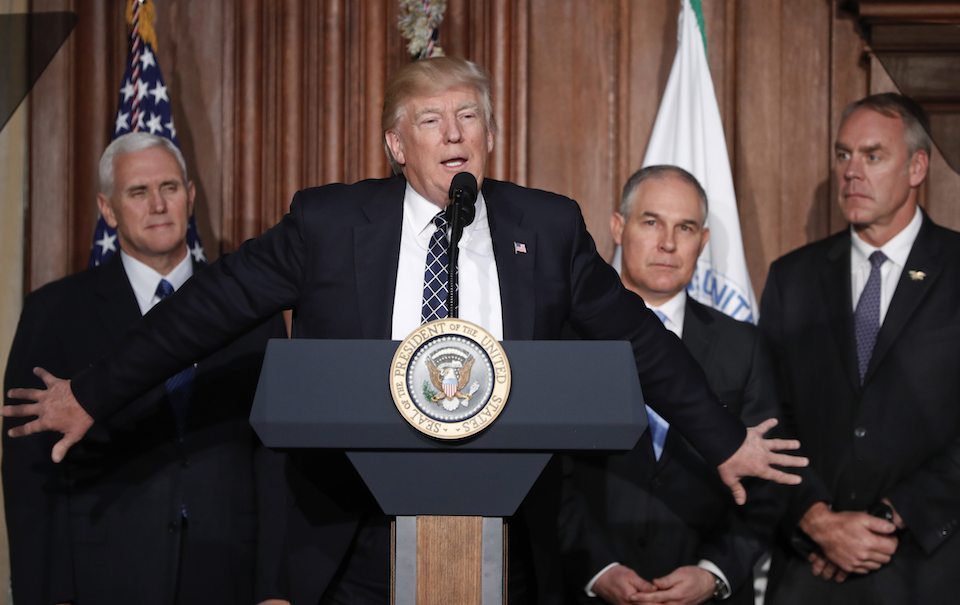 New investigations have revealed yet more members of Trump's Cabinet and inner circle are traveling in luxury at taxpayer' expense — and refusing to pay Americans back.

The heads of two more federal departments have been flying in luxury at taxpayer expense, and both have announced they have no plans to pay back the money used to ferry them around.

Tom Price, the disgraced outgoing secretary of Health and Human Services, was forced out after public pressure and outrage over similar flights created a headache for Donald Trump.

EPA chief Scott Pruitt and Interior Secretary Ryan Zinke are the latest to fly "Billionaire Air" while working for the public. Their luxury travel has triggered investigations by each agency's inspector general, the internal government watchdog.

Zinke took a $12,375 late night flight from Las Vegas to his home state of Montana, along with trips to Alaska and to the U.S. Virgin Islands. Those trips cost $7,000.

Pruitt took four private flights totaling $58,000. Both officials are trying to excuse their travel by claiming that the trips were approved by ethics lawyers.

Travel for Kellyanne Conway, one of Trump's top aides and advisers, is coming under scrutiny as well. Maryland Rep. Elijah Cummings, the highest-ranking Democrat on the House Oversight Committee, is asking for details of Conway's travel.

She flew with Price on the charter jets that led to his resignation, and Cummings is requesting documents from the White House to understand how many private flights she took, the cost, and who else may have been involved.

Cummings is also trying to find out if she intends to repay taxpayers for her travel.

Taking a cue from Trump, who jets to his resorts at taxpayer expense nearly every weekend, his Cabinet officials and advisers have been caught feeding at the trough for luxury travel.

There's no telling how far the scandal goes, and how many other officials are stealing America's money.