Home National Scarborough to policymakers on Syria: ''It's hard' is no longer an acceptable...
Support progressive journalism.
Donate today 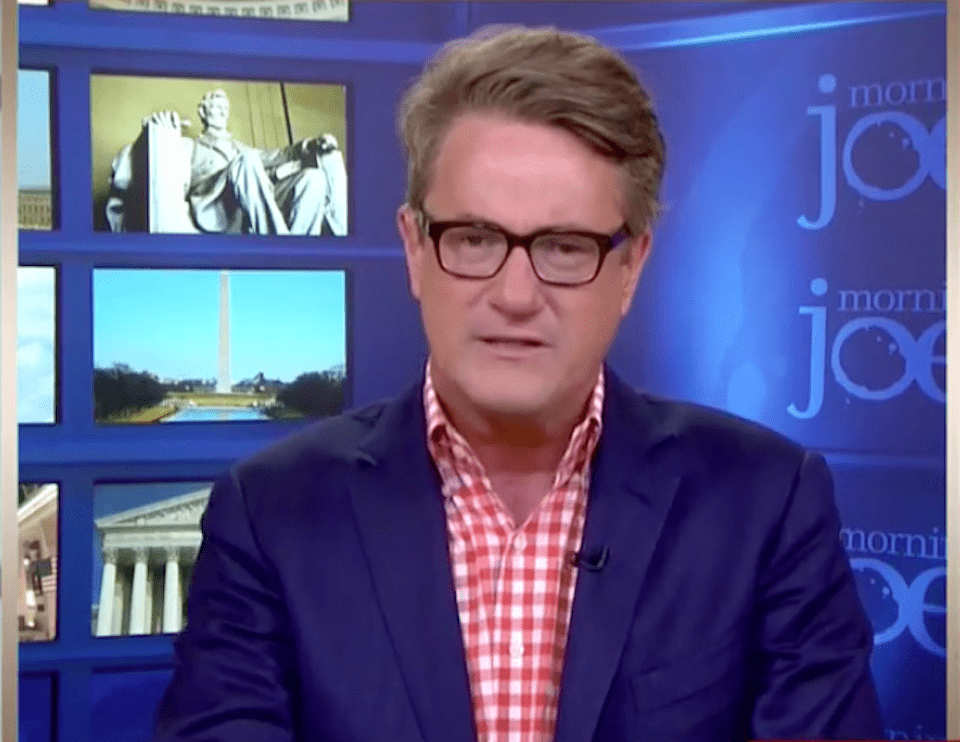 The day after a horrific chemical weapons attack in Syria that killed innocent children, Morning Joe host Joe Scarborough laid down a marker for policymakers who want to play politics with tragedy.

The tragic and horrific chemical weapons attack on civilians on Syria by the Assad regime precipitated a crude and political response from the White House.

On the morning after the attack, White House Press Secretary Sean Spicer read out a statement from Donald Trump falsely laying blame for the attack on former President Barack Obama.

Playing politics with tragedy of this scale did not sit well with certain members of Trump's own party. Nor was it acceptable to Morning Joe host Joe Scarborough, who blasted Trump for trying to blame Obama, condemned the world for watching as Assad "strangles" children, and set a marker for policymakers who want to discuss Syria:

You've got to look forward, and you've got to give us solutions. And, again, I don't know, Mika, how the world community allows the Syrian air force to continue flying and dropping chemical weapons on little children, and strangling them in view of the entire world. By the way, if you're a policymaker, "It's hard" is no longer an accepted answer on "Morning Joe." Come with solutions or don't come at all.

As David Corn and AJ Vicens at Mother Jones pointed out, Trump publicly and repeatedly insisted, at the time, that Obama should not intervene in Syria, and that it was the threat of U.S. military intervention which caused Assad to give up his declared stockpile of chemical weapons.

But beyond Trump's hypocrisy lies a more immediate issue.

Like Scarborough, Fox News reporter John Roberts gave no quarter to Trump's blaming of Obama, immediately challenging Spicer to articulate what Trump's administration will do in response to the attack. Spicer's response, like that of U.N. Ambassador Nikki Haley, amounted to mere talk:

Fox News reporter points out Spicer attacked Obama for doing "nothing" in response to chem attack, asks what Trump will do. Spoiler: nothing pic.twitter.com/WAAxlPr6Hi

ROBERTS: So, you just criticized President Obama's policy on Syria and the red line. What will the administration do in response to what we saw take place there over the past 24 hours?

SPICER: Thanks. I think the statement speaks for itself. I think a couple of things: One is, statements by both Secretary Tillerson and Ambassador Haley speak to the political realities of the situation in Syria in terms of — I think we had opportunities in the past several years to look at regime change. I think those are fundamentally — the landscape is fundamentally different than it is today.

That being said, I think the President has made it clear in the past, and will reiterate that today, that he is not here to telegraph what we're going to do. But rest assured that I think he has been speaking with his national security team this morning, and we will continue to have that discussion both internally with our national security team, as well as with our allies around the globe. But I think the statement pretty much speaks for itself — what we believe, that is — and then we'll go from there.

The crisis in Syria has reached the point where people will no longer tolerate inaction, but Trump and his administration have shown little aptitude or judgment for making good decisions. Their weakness on Russia and Assad does not bode well for any effective solution.